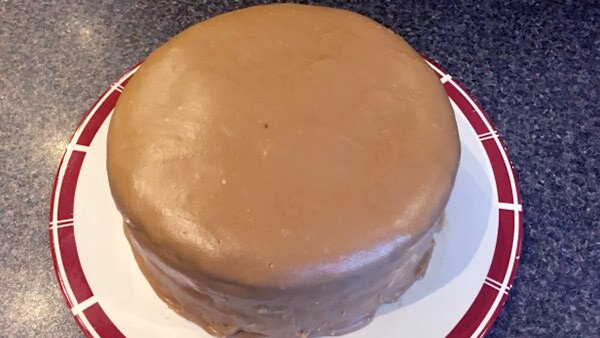 Mix all ingredients together and beat. Grease and flour two 8-inch pans. Fill pans with cake batter and bake 30 to 35 minutes at 350 degrees.

Blend all ingredients till smooth.