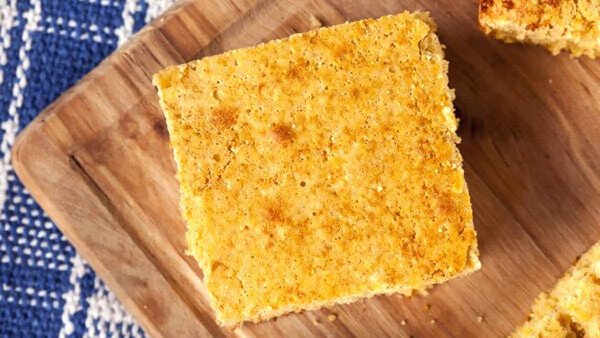 Most historians believe that “johnny cake” originated from native inhabitants of Northern America and is thought to be related to the term “janiken”, a native American word meaning “corn cake”. With corn as the main staple for indigenous groups across the Americas, it is highly likely that early European settlers of the mid-1500s began watching how regional tribes (like the Algonquians of the Atlantic Seaboard) used ground corn to make such corn cakes.

As a result, it seems that this cornmeal flatbread spread throughout the Americas and other names emerged to describe such as shawnee cake, johnny bread, and hoecake as well as variations on its preparation techniques.

Much has also be written to link the Johnny Cake Recipe we enjoy today in The Caribbean back to the times of the mid-Atlantic slave trade in the Southern United States. Frequently then referred to as “journey cake”, this sturdy, dense loaf made of ground corn was useful since it kept well on long trips and could be easily made over an open fire.

The transition in name to “johnny cake” most likely took place in the 1760s, as this is when the food item began appearing within written records. During the 1780’s, the recipe was transported to The Caribbean islands when, in response to the American War of Independence, US Loyalists fled with their enslaved Africans to work on cotton plantations on our islands.