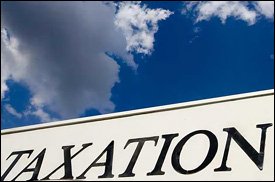 The recently launched tax amnesty initiative has been described as a “win, win” situation benefiting both Government and taxpayers.

On this week’s edition of the SKNIS radio magazine programme Perspectives, Collection Manager, Eliza Mills at the Inland Revenue Department noted that the amnesty conditions offer many advantages.

“Individuals and companies have an opportunity to pay their taxes, become current and can have significant savings both in penalties and interest” that may have accrued, she said. “On the other [hand], Government will have the opportunity to collect overdue taxes.”

The overdue revenue collected would be placed back into the communities to fund social and other state run programmes.

Under the initiative, if payment of outstanding taxes is completed by September 2009, there would be a 100 percent waiver of interest and penalties, and no interest charges will accrue between the said period.

However, if payment of outstanding taxes is completed between October 2009 and December 2009, there would be a 70 percent waiver of interest and penalties. Taxpayers are also encouraged to take advantage of options for payment plans.

“We are offering individuals and companies “¦ the opportunity to become current in a friendly and convenient manner,” Ms. Mills explained, while comparing the applicable waivers. “There is a marked difference, so I am encouraging everyone concerned to look at their [tax] status.”

Inland Revenue has had direct contact with persons in arrears advising them of the amnesty and payment plan options. Meetings with business associations, such as the Chamber of Industry and Commerce, are also being looked at as well, as a broad public relations campaign.

Some persons have already taken advantage of the amnesty conditions created by government to lift some of the pressures being felt by the global economic crisis.

The Inland Revenue Department has the legal right to invoke recovery procedures for individuals and companies that fail to settle accounts during the amnesty period.