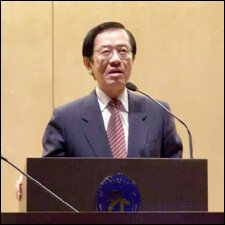 Taiwan’s new Minister of Foreign Affairs, His Excellency Timothy Chin-tien Yan, has been told that his long and distinguished career in the Diplomatic Service has readied him for the great task that lies ahead.

St. Kitts and Nevis Prime Minister and Minister of Foreign Affairs, Hon. Dr. Denzil L. Douglas in a letter congratulating Mr. Yan on his new appointment on behalf of the Government and People wished him “every success and as you proceed to manage your country’s thriving diplomatic endeavours, may you experience even greater prosperity on the global level.”

Pointing to the long fruitful and beneficial friendship between St. Kitts and Nevis and the Republic of China on Taiwan, Prime Minister Douglas pledged his St. Kitts-Nevis Labour Government’s “continued support on the myriad of issues that are of mutual significance to both our countries and I look forward to the further creation of avenues whereby our relationship can be minimised.”

Yang, who was Taiwan’s former representative to Indonesia, assumed office after former Premier Liu Chao-shiuan and his Cabinet resigned en mass to assume political responsibility for the government’s handling of the aftermath of Typhoon Morakot, which has been criticised as being slow and inadequate.

Yan, who is 67, also has experience in North America, Africa, Europe and Australia.