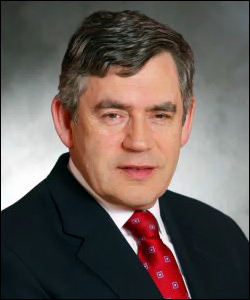 The Queen of the Kingdom of the Netherlands, the Presidents of the Republics of France and Guyana and the Prime Minister of the United Kingdom have sent congratulatory messages on the occasion of St. Kitts and Nevis‘ 25th Anniversary of Independence on September 19th .

Her Majesty Queen Beatrix of The Netherlands (Holland) in a message to Governor General His Excellency Dr. Sir Cuthbert Sebastian said the celebration gives her the opportunity to extend congratulations and best wishes for a prosperous future for the people of St. Kitts and Nevis.

French President, His Excellency Mr. Nicolas Sarkozy in his
congratulatory message to Sir Cuthbert reiterated the strengthening of the relations which bring France and St. Kitts and Nevis together and to the development of cooperation including the framework of the regional organisations such as the Organisation of Eastern Caribbean States (OECS), CARICOM, CARIFDORUM and the Association of Caribbean States (ACS).

Prime Minister of the United Kingdom of Great Britain and Northern Ireland, the Right Honourable Gordon Browne in his message to Prime Minister Douglas said he knows the St. Kitts and Nevis Prime Minister
is a leader on health issues including HIV/AIDS within the Caribbean Community (CARICOM).

The British Prime Minister told Dr. Douglas that his participation at the forthcoming high level event on Millennium Development Goals at the United Nations General Assembly is important to the Caribbean
region as a whole and he looks forward to further discussion on the issue with Dr. Douglas in New York.

“The United Kingdom has a good relationship with St. Kitts and Nevis. Our two countries have close links based on our history and traditions. I hope that we can continue to work together on issues of shared concern on areas such as security, climate change and counter narcotics work,” said Prime Minister Browne is his congratulatory message to Dr. Douglas.

President of the Republic of Guyana, His Excellency Bharrat Jagdeo in messages to Governor General Sebastian and Prime Minister Douglas on behalf of the Government and People of Guyana said both countries “will continue to seek new and innovative ways of forging stronger ties between our two counties as we work towards the common goal of building a truly unified Caribbean Community for the benefit of all our peoples.”