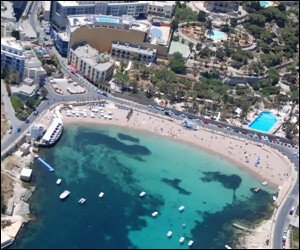 Prime Minister Harris will give the keynote address the CBF, which has been described as “the major business event in the Commonwealth calendar.” The CBF is co-organized by the Commonwealth Economic and Investment Council (CWEIC) and the Government of Malta. It is designed with the aim of facilitating high level dialogue between business and government leaders from the Commonwealth and beyond. It is intended to develop stronger partnerships between governments and businesses, thus ensuring that the Commonwealth promotes sustainable growth across the globe.

Twenty Heads of Government, ministers and top business leaders from around the world and 1200 delegates from 80 countries are expected to convene at the Hilton, St. Julian’s, Malta. This provides an opportunity for Commonwealth nations to showcase investment opportunities to the global business community.

The Federation’s Prime Minister is also expected to attend Executive Sessions at the Radisson Golden Sands as well as a Retreat of Heads of Government scheduled for Saturday, November 28, at Fort St. Angelo in Vittoriosa.

The Commonwealth Heads of Government Meeting allows for leaders of 53 states, who represent a diverse two thirds of the world’s population, to work on common approaches while formulating plans for practical actions on a number of issues. It is expected that through the shared values and principles of the Commonwealth Charter, the leaders from islands and continents at varying stages of development will make significant strides to create fresh approaches for the collective benefit.

Prime Minister Harris is accompanied to Malta by Minister of Public Infrastructure, Posts, Urban Development and Transport, the Honourable Ian “Patches” Liburd and High Commissioner to the United Kingdom, His Excellency Kevin Isaac.