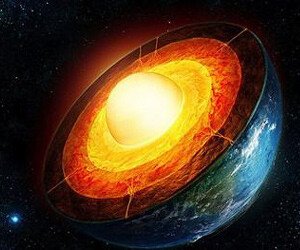 Clean Energy From The Earth

This agreement provides for 25 years of a domestic base load renewable energy supply from geothermal resources located on the island of Nevis.

The first phase will supply 9MW of power that is immediately expandable, to meet the ongoing power needs of Nevis and capable of exporting 40MW – 50MW of additional power to neighboring islands.

The Nevis Island Administration, through its Cabinet, welcomed this significant step towards making Nevis a global model for sustainable green energy development. The delivery of less costly, cleaner energy has been a long held ambition of the island of Nevis.

Deputy Premier of Nevis Hon. Mark Brantley stated, “This is an important step to enhancing the leadership of Nevis in the transformational impacts of the new, post-fossil fuel world economy.

The first phase of the plant is expected to be in operation as early as late 2017 and will provide both base load and peak power supply to the island. The cost will be significantly less than the existing diesel generators used to supply power to Nevis and transition the Island to 100 percent power generation from renewable energy sources. In addition, it will enable the Nevis Tourism Industry to promote the island as a 100 percent green energy vacation destination.

Throughout this process, which began with the release of the Request for Proposals in September 2013, the NIA assisted by Deloitte Consulting LLP, funded through the U.S. Department of State’s Power Sector Program, NEVLEC and NREI have all consistently placed a strong emphasis on transparency of an open international tendering and procurement selection process.

The Island of Nevis is taking a bold-step in moving away from its dependency on more expensive imported fossil fuels and transitioning to a cleaner renewable, resilient and base-load power source,” said Tom Drolet, President of NREI.

Bruce Cutright, Chief Executive Officer of Thermal Energy Partners, stated, “This is the gateway project for geothermal energy in the Caribbean.”

Maclevan Tross, Chairman of the NEVLEC Board of Directors said “In terms of what this means for us, Nevis as of 2018 will become the greenest island on planet earth, really. Geothermal would bring down the cost of electricity on the island. It would be able to, within our cost of electricity, attract investors and promote businesses on Nevis. It’s a win, win situation for us.

“The exploration that was done is suggesting we have upwards of 30 MW of energy but the first phase is concentrating on providing energy for Nevis. We would start with a 9MW plant and then we would take it from there.

“I just want to sensitize the public that geothermal is definitely coming. The timeline that we have is the end of 2018. Which is just around the corner and so during that time we will be looking at phasing out the fossil fuel. We are looking at some other alternatives in terms of solar. So Nevis would be a very, very green place in the near future.”

The Power Purchase Agreement with NEVLEC is the first of four Caribbean-based projects in the Company’s portfolio.

TEP is currently developing a portfolio of plants that will have a combined capacity of approximately 500MW.

TEP is also combining desalination, intermittent solar and base-load geothermal technologies to leverage each of the resources’ strengths and synergies.