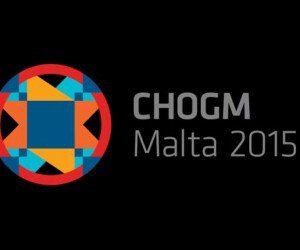 The three-day meeting is being attended by some 1200 delegates, including business people from 80 countries. The Forum aims to encourage dialogue and cooperation between the business community and Commonwealth Governments whose countries represent two billion people and contribute roughly $10 trillion to international trade.

Prime Minister Harris is among 20 Heads of Government scheduled to speak at the Forum, where he has been invited to give a keynote address later in the week.  Other guests will include the Lord Mayor and former Lord Mayor of London and HRH the Prince of Wales.

Prime Minister Harris used the opening ceremony to engage his counterpart Prime Minister, the Honourable Joseph Muscat of Malta, other government officials and several business people, many of whom are eager to learn more about and explore opportunities in St. Kitts and Nevis.

Prime Minister Harris commented that “meetings such as these are critically important for bringing the commonwealth’s businesses and governments closer together to chart a course for more productive cooperation and to create more sustainable and mutually beneficial relationships to promote the growth of business and also increase opportunities for skills development, job creation, people empowerment and social mobility”.

Prime Minister Harris also praised the organizers for drawing attention to the needs and opportunities of small states which are too often overlooked in terms of the opportunities they offer. “Going forward, I would wish to see our local business sector taking fuller advantage of opportunities available within the wider commonwealth family.”

The Prime Minister was accompanied in his bi-laterals by the Minister for Public Infrastructure the Honourable Ian Liburd and the High Commissioner to the United Kingdom, His Excellency Kevin Isaac. Among the issues discussed were shipping, finance and renewables as part of his Government’s commitment to raise the profile of St. Kitts and Nevis and to attract new investment for infrastructural development to modernize the country.