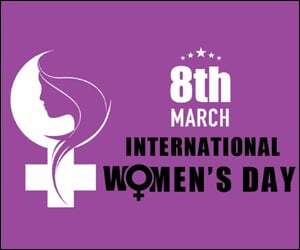 The importance of women in society continues to be recognized as St. Kitts and Nevis joins the rest of the world on Tuesday, March 08, to observe International Women’s Day (IWD) 2016, under the theme: “Planet 50-50 by 2030: Step It Up for Gender Equality.”

The Honourable Wendy Phipps, Senator and Minister of State within the Ministry of Health, Community Development, Gender Affairs and Social Services, spoke superficially to the observance of IWD in the Federation, while appearing on the government’s weekly radio and television programme “Working for You” on Wednesday, March 02.

“In St. Kitts and Nevis, we have decided that we would celebrate International Women’s Day on the 08th of March,” she said. “And of course a lot of the work that we are doing in terms of the observance and recognition of the impact of women and their investment in development would have had some sort of pronouncement or articulation in terms of sustainable goals of the United Nations.”

“If we can put things in context, the movement towards the celebration of an International Women’s Day has its roots in the turn of the 20th Century,” said Senator Phipps. “It would have been a time when continuation would have been taking place throughout Europe and the rest of the developed world at that time as it related to industrialization. It was also a time when the rights of women were being advocated for because I think a lot of us as women have simple rights such as the right to vote”¦(which is) something that had to be fought for very hard.”

Minister Phipps noted that at the turn of the century socialist movements throughout Europe, in Germany in particular, and in New York, USA, were strong advocates for adult and women suffrage.

“Here with us in the Caribbean, we had two things we were competing for: adult suffrage, especially coming out of a history of slavery, and also suffrage as it related to the rights of women,” said Minister Phipps. “The Socialist Party in the US in 1909 was successful in getting the US government, and I guess civil society in the US and the international community, to begin to recognize the importance of women to the point when an initial celebration of women took place.”

St. Kitts and Nevis continuously shares in that celebration. In 2015, fifteen women from the twin-island state were awarded for their contribution to the Federation in the fields of manufacturing, education, community development, law, women nurturer, business, construction, politics, non-traditional skills, health, arts and agriculture.

The Honourable Eugene Hamilton and Minister Phipps participated in the event and saluted the women for their accomplishments.

Further information revealed that since the 20th Century, International Women’s Day has assumed a new global dimension for women in developed and developing countries alike. The growing international women’s movement, which has been strengthened by four global United Nations women’s conferences, has helped make the commemoration a rallying point to build support for women’s rights and participation in the political and economic arenas.

IWD is a time to reflect on progress made, to call for change and to celebrate acts of courage and determination by ordinary women who have played an extraordinary role in the history of their countries and communities.