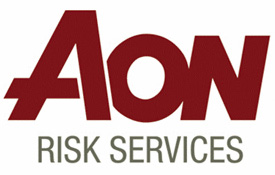 While the world economy is broadly on the road to recovery, the level of political risk has risen in more countries than it has declined, according to Aon’s 18th annual Political Risk Map.

“This world ranking by AON Risk Solutions in my view is a further indictment  of the present Labour Administration and their mismanagement of our social and economic affairs,” said MP Hamilton. The AON listing takes into account things like soverign non-payment and  political interference and they are of the opinion that based on their information that St.Kitts-Nevis should be placed as a high Political risk area  which is a major influencer on international business transactions and investment. This ranking is basically suggesting that businesses looking to invest or do business in St.Kitts – Nevis should be very cautious. This is not good for the development of our federation and as I mentioned before it is a further indictment on this labour government and their mismanagement of our economy,”  Hamilton continued

The federation is among 12 others, mainly from the Caribbean, to be downgraded on the Aon Risk Solutions 2011 map.

The firm’s associate director, Beverley Marsden, has said she expects political risk to continue to be a major influencer for businesses transacting in emerging markets in 2011.