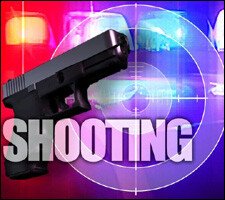 Juvenile Arrested On Suspicion Of Shooting At With Intent

Basseterre, St. Kitts, (Saturday 22nd January 2011). Police at the Criminal Investigations Department arrested a Conaree juvenile male on suspicion of shooting at the police with intent to do them serious harm. The arrest took place at approximately 6:00 pm on Friday 21st January 2011 after he was surrendered to police by a family member.

The Conaree juvenile is the second person arrested on suspicion in relation to Wednesday night shooting incident at Canada Industrial Site involving the police and persons who were suspected of stealing a motor bike. The juvenile had a severe infected wound on his left thigh suspected to that of a gunshot wound.

He was taken to the JNF Hospital where he is warded in stable condition under police guard. The police want to thank members of the public for their cooperation in acceding to their general appeal for information and assistance. Formal charges are likely to follow on or shortly before the suspect’s discharge from the hospital. Investigations into this matter are ongoing.

Last night at approximately 10:15 pm police at Basseterre received a report of a burglary in the New Pond Site area. As a result of this report police from the Criminal Investigations Department responded immediately but the burglar had already fled the area. Police detectives were able to get a good description of the burglar from the victim as well as a list of some of the items that were stolen. Thereafter the detectives from the Criminal Investigations Department assisted by members of the Special Services Unit and the Anti Gang Unit launched a patrol in search of the suspect.

While on patrol sometime around 1:00 pm this morning the police received another report of an assault which had occurred on Burden Street in the vicinity of Clarence Fitzroy Bryant College (CFB). They again responded immediately and met up with the victim but the perpetrator had already fled the area, but again was able to get a good description of the perpetrator from the victim which seemingly matched the description gave by the victim of burglary. The police then quickly launched a series of mobile and foot patrols in the Greenlands and Mc Knight area and saw a person fitting the description of the person they were in search of. The police beckoned the suspect to stop and the suspect who was at the time wearing dark colored clothing and carrying a bag pack ran up Greenlands Park and jumped the Sugar City Rock Radio Station fence and a number of fences in the vicinity to escape the police.

The police followed on the heels of the suspect surrounding the area east of Springfield Cemetery down to Greenlands Park and a number of them searched the yards where the suspect ran. The search lasted over an hour, but the officers were relentless in their pursuit. The police managed to catch with the suspect who was hiding under a raised stock pile of galvanize and they beckoned him repeatedly to come out and he refused. With flashlights on the suspect and guns pointed the police realized he reaching to his pocket and they again beckoned him not to move and he again refused. An officer then fired a single shot from his service revolver and struck the suspect in his right leg.

The suspect now wearing a white shirt then crawled from beneath the galvanize pile and was searched by the police. The police found a dark colored shirt and a back pack beside the suspect, a crow bar, a large knife, a long sharpened screwdriver and a cell phone positively identified to be the property of the victim of the burglary. He was then arrested on suspicion for having house breaking implements in his possession and on suspicion of burglary.

Members of the Emergency Medical Services were called and they transported the suspect to the JNF Hospital where he received treatment for his injuries and is warded in stable condition under police guard.  Formal charges are likely to follow on or shortly before the suspect’s discharge from the hospital. Investigations into these matters are ongoing. I just want to add that this is an excellent example of good police work, professionalism, efficiency and effectiveness combined and the officers must be highly commended for their bravery.

At approximately 11:55 pm last night (Friday 21st January 2011) police from the Criminal Investigations Department, Special Services Unit and the Anti-Gang Unit responded to a report of shooting in the St. Johnston Village area. Police enquiries revealed that 20 years old Kaspar Rouse of Fortlands was at St. Johnston Avenue in the vicinity of a bar in the company of a number of persons when an unknown man carrying a gun came there and fired a number of shots and shot him in his upper left leg.

Rouse was transported to the JNF where he received treatment for his injuries and has been admitted in stable condition. Officers from the Crime Scene Department processed the crime scene, collected a number of items of evidential value and took them into police custody for further analysis. There are no suspects in this matter, however investigations are ongoing.