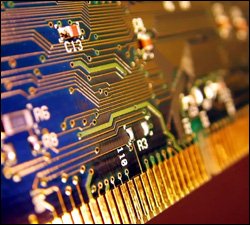 “We must seize this opportunity….”

The importance of developing an education system that equips individuals with the knowledge and skills to enjoy the benefits of a globalised world was stressed at the official opening of the Saddlers Secondary School on Wednesday.

“Indeed the building itself is a landmark for it is the first purpose built school of our region,” he said. “As such, it stands as a testament to the pioneering spirit of a people who are always willing to take the lead in a quest for fresh thinking and educational innovation. It is my prayer, and I verily believe that this spirit of exploration and innovation will be engendered in the students who will study within these walls, and who will in turn form the fabric of our future academia.”

Minister Condor, who holds responsibility for education, said the new school which makes use of the latest technologies for the classroom, is a “quantum leap” in Government’s promise to bring about an educational revolution in St. Kitts and Nevis.

“When I say there is no greater social injustice, than to deprive a child of a good occupation, I mean it absolutely literally,” he explained. “But I believe that it is fair to say that now it is well understood that a world class education system is the indispensable condition for creating a fair, and prosperous society for this and the centuries to come.”

“We must seize this opportunity to create this world class system now,” he stressed.

Deputy Prime Minister Condor stated that this meant creating schools with standards that matched and exceeded the best regionally and internationally, as well as eliminating the tale of non-achievers, thereby ensuring that school leavers had the necessary skills and academic requirements. He added that equipping students with virtues and compassion are also a must.

Prime Minister Douglas told the audience that it was a priority of his Government to have this school constructed. He emphasized that in spite of the global economic challenges, he would gladly approve the $ 11.7 million price tag to build the modern educational institution if he had to do it again.

The Prime Minister noted that Government will continue to work on transforming and modernizing the education sector.

The prime minister added that success was also dependent on parents/guardians supporting their children, and teachers using tools to capture the student’s imagination, while guiding them to realize their potential. He encouraged civic organizations to improve community outreach to help shape positive attitudes and behaviour.