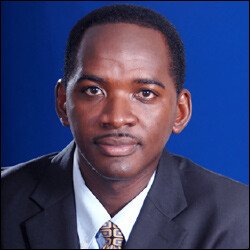 People’s Action Movement Constituency Seven representative, Ronald “Lui” Williams is of the firm view that the social climate in St Kitts and Nevis continues to deteriorate and he passionately urged the public to set aside traditional party support and cast their vote for the candidates that address the key issues, such as Crime and Violence, Cost of Living and Corruption.  He stressed that sticking with the issues is critically important, noting that all Kittitians and Nevisians should strive to ensure good governance.

Williams said that there is sufficient evidence which points to the severe failures of the Labour administration since taking office 15 years ago. He noted that the public’s support is critical in an effort to reverse the many violations that have been committed against the citizens. Williams lamented the state of a number of agencies and facilities within the federation noting that the public continues to suffer while Ministers of Government continue to get enormously rich.

Williams said that the problems are “inherent in an undesirable culture” to which the government subscribes in its relationship with the public. He charged that the Dr Douglas led administration continues to set a pattern which he said will continue to create difficulties and challenges for the public. “Dr Douglas has to understand that he has a responsibility to the nation and therefore should recognize that he was elected to serve all,” he said.

“”¦it is the reason why we ccontinue to tell you the voters that having Dr Douglas and the Labour Party reelected would not bring about progress but rather failures, thus continuing the many social ills in St Kitts and Nevis,” said the PAM candidate. Commenting on the current culture that persists, the PAM representative made reference to what he described as the dictatorial approach of the federation’s Prime Minister in an effort to maintain power irrespective of how he does it.

Williams noted further that such practices and actions are in violation of the general moral and social ethics of politicians. He charged that members of the public who oppose Government’s policies and plans are systematically deprived of opportunities irrespective of if they would have qualified for it or not. “We within PAM understand and appreciate the support being given to us by you the voters, thus we continue to remain dedicated and committed to the cause and are cognizant of their detrimental effects on the public’s interest as they desperately seek to hold unto power.

Nonetheless, Dr Douglas and his party continue to fail to galvanize broad-based support thus our confidence remains intact as we firmly believe that we will win the elections. He noted that he is confident of winning the seat being held by his opponent. Williams declared that the atrocities of the Labour party have become so enshrined that they have now blossomed into glaring civil and human rights abuses.

Additionally, he said that the public should remain committed and vigilant noting that change will be achieved. He also called upon voters to become knowledgeable and aware of the issues that confront them -their origins and nature Ã¢â‚¬” and the means of addressing and resolving them in an effective manner.

“I need to warn you that you need to set aside all fear and sympathy fort the Labour party as Change is important because your future will be affected in some way or the other. Its our right as Kittitians and Nevisians to demand for good governance because once achieved it would lead to national harmony, broad based development, a fairer society with prospects of prosperity for all and this is what we are all yearning for, which I add will be provided under a People’s Action Movement government,” he declared.