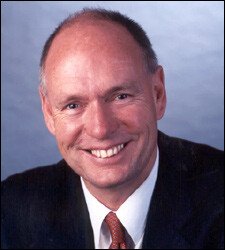 The Commonwealth is sending an Expert Team to observe the January 25th General Elections in St. Kitts and Nevis.

Director of the Political Affairs Division at the London-based Secretariat, Amitav Benerji has informed Chief Secretary Mr. Joseph Edmeade that the three-person Commonwealth Expert  Team will be chaired by the Hon. Chris Carter, MP, Former Minister and Labour Spokesperson for Foreign Affiars in New Zealand.

The Team, established by the Commonwealth Secretary General at the invitation of St. Kitts and Nevis Prime Minister Hon. Dr. Denzil L. Douglas, is to assess the overall conduct of the electoral process and the environment in which the election is conducted, according to the standards for democratic elections to which the Federation has committed itself with reference national election-related legislation and relevant regional, commonwealth and other international commitments.

The Team is expected to act impartially and independently.

“It has no executive role; its function is not to supervise but to observe and assess the process as a whole and to form a judgement accordingly. It would also be free to propose to the authorities concerned such action on institutional, procedural and other matters as would assist the holding of such elections,” said Banerji.

He said the Team is to submit its report to the Commonwealth Secretary General, who will forward it to the Government of St. Kitts and Nevis, the Election Management Bodies, political parties, there after all Commonwealth Governments.

The Commonwealth, the OAS and the CARICOM were invited by Prime Minister Douglas to monitor the elections.

1 thought on “St. Kitts- Nevis Elections To Be Monitored By Commonwealth”