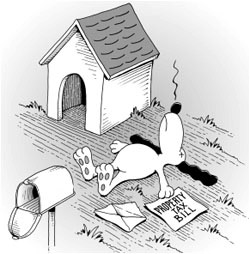 The first major property tax legislation in Nevis was passed in the Nevis Island Assembly late Monday April 15, 2008, after Premier of Nevis and Minister of Finance in the Nevis Island Administration (NIA) Hon. Joseph Parry sought leave to have the Nevis Property Tax Ordinance 2008 read a second and third time.

The historic Ordinance will modernise the valuation property taxes of Nevis through the introduction of market value as the validation standard for most properties on the island. It was tabled and received its first reading at a sitting of the Assembly in November, 2007.

The legislation was the first major piece of legislation of that nature to be passed by the NIA since the parent Bill was passed for the British colony of St. Kitts Nevis and Anguilla in 1913.

It provides for the exemption of certain properties from valuation and taxation; for the procedure for the valuation of property; for the payment of taxes; for the recovery of tax and for related matters.   During his presentation, Premier Parry pointed to the need for the legislation and cited that it was one of several ways in which the Administration would be able to increase its revenue generation. The increased revenue he explained would be used to provide the public with important services such as health care, education, crime prevention measures and fire services.

Mr. Parry said while the property taxation legislation was being prepared, there ware a number of arguments brought forward with regard to who should and should not pay the tax.

“We [Administration] looked at an approach whereby there would be a band, an evaluation of a band and a particular rate and as we moved upward the rate would be increased or decreased. The question is do you want to encourage people to have larger homes? Are you going to decrease or increase the tax as the home becomes more expensive? … If you increase the tax you are sending the message to homeowners that in Nevis we don’t want large homes. If we decrease the tax we are saying yes we need to encourage larger homes.

“We looked at that what happened in St. Kitts and the Organisation of East Caribbean states [OECS] and we made a decision to look at the matter and we decided to have one rate and the difference will be made according to the evaluation and according to the market value of the home,” he said.

The Finance Minister explained that though it was agreed that property owners foreign or local would pay the tax, except if they fell in the exemption category. Nonetheless, he explained that consideration would be given to individuals, dependant on their economic state.

Exemption will also be given to properties licenced as a private burial ground under the Private Burial Grounds Act. (Cap. 225); a cemetery declared to be a public cemetery under the Cemeteries Act (Cap. 210); conservation land; property designated as heritage property by Regulations to the extent provided by the Regulations.

He referred to the 1913 property tax legislation as erratic and unfair, which led to advantages and disadvantages.

Mr. Parry explained that the Act dealt with rental value based on an assessment of rental for a period of one year, then a rate was applied to it and that was how people were charged. The rental value was a practice long discarded by other Caribbean islands and the world over who had already shifted to property valuation.

According to Mr. Parry, the market value which Nevis would move to under the new legislation would utilize thee methods.

“The first one is very common and what realtors use. You go into an area and you find out what people are willing to pay for a property and then you make comparisons and then you establish a value from that.

“The second method is the cost approach [which] basically depends on how much a person pays for the construction of a property. The range for square feet for construction is 100 from about $20 per square foot up to a high of about $290″¦

“The third method is the income approach which is used for skyscrapers and large buildings. The income over a year is capitalized and a market value is worked out from that,” he explained.