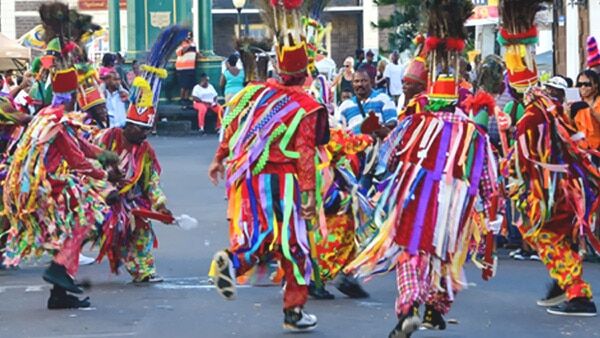 Noah Mills, Chairman of the St. Kitts and Nevis National Carnival Committee, has sought to do a good balance in ensuring that people can revel and enjoy carnival with an estimated budget of EC $4.5 million, while at the same time being fiscally responsible.

“The first budget that we would have sent in was about EC $4.5 million and that speaks to the entire fiscal year because with so many regional activities and with training sessions throughout the year, we cannot just have carnival and [close] the office. It must be maintained,” said Mr. Mills, while appearing on “Working for You” on January 18, noting that simple things such as utilities, rent and marketing must be taken into consideration.

The Chairman said that a budget cannot be planned just around carnival alone as other activities come on stream after the festive season would have passed. Such include a prize giving ceremony, which is scheduled for Friday, January 20, and a cocktail party for the winners on Thursday, January 19.

“This year it would have been in the region of maybe EC $4.7 million because we would have introduced a new show in the likes of Caribbean Carnival,” he said, while adding that the said figure consists of three components, namely, government subsidy, ticket sales and contributions be they cash or kind from corporate or individual sponsors. “So, that is the estimated cost of carnival operating for the entire year.”

He added that with respect to being fiscally prudent, his team operates on budgets, which take a top down, bottom up approach.

“And what I mean by that, for example, one of the things we did this year [Sugar Mas 45] which we had limited time to implement last year [Sugar Mas 44] was to open the bid process in August,” said the chairman. “Now people must understand that carnival is indeed a statutory body of the government and government has an inherent policy where if there is a project it should be open-bid and it should be fair and every person should be given an opportunity to do so. So, we embraced and adopted that model.”

He added that with a budget in place and with the early bidding, the committee was able to get the best prices. Not only did they receive the best prices but persons were also able to send in their resumes to take advantage of the jobs that would have been created during the season. Mr. Mills said that it is extremely important to always have a budget in place as it helps to control spending and to ensure that the tasks at hand are adequately funded.