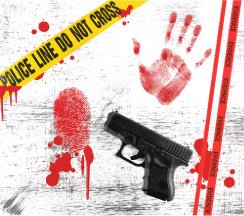 People’s Action Movement Constituency Three Representative Bernard Welsh is of the firm view that crime and corruption are the hallmark of the Labour Government, which resulted in severe unemployment, instability and lack of investment.

Welsh, a former electricity department engineer, noted that Kittitians and Nevisians living abroad would be expected to play a key role in ensuring that a responsible and accountable government is elected so as to eradicate some of the many ills faced by their loved ones at home. He said that this is very important because he sees locals living abroad as a key resource for skills, ideas and investments for the development of St. Kitts and Nevis.

“We have to understand that our locals living overseas are most influenced by corruption and the many crimes and violence that are never solved. They understand the significance of being able to address corruption in an effective and efficient manner; therefore, they want a government that will demonstrate its ability and maturity in being able to address these problems,” he said.

Welsh stressed that based on the responses and views expressed by locals living abroad, they are unprepared to return home unless the issue of crime and violence as well as corruption are seriously addressed. He noted that no one wants to return and live under an administration which demonstrates no level of professionalism and does not take responsibility for its actions.

“You can’t expect our people who have lived and worked overseas to come home to a government who do as they like, while in almost every government sector there are no credibility, resulting in increased poverty and challenges,” Welsh declared.

The PAM candidate pointed out that with some 27 murders so far this year, it has resulted in business formation being retarded. He added that while it was noted that the relevant authorities are aware of the enormous corruption taking place, they seem impotent in addressing the issues.

He said too that serious crimes also force our people to migrate.

“We are aware that many Kittitians and Nevisisans are very educated, technically skilled investors and entrepreneurs. However, it’s pertinent that we recognize that crimes lead to shortage of investors/risk-takers and deplete our human capital severely,” Welsh declared.