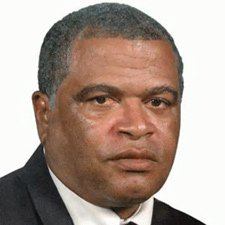 The address by Dr. Douglas came about for two reasons.  It was an effort by Dr. Douglas to divert the nation’s attention from Labour’s effort to undermine our democracy, its urinating on our cherished judicial system.  If the people of this country were to act cautiously no amount of money would be acceptable as compensation for Dr. Douglas’ efforts to undermine our democracy, our judicial system.  This is the nature of the Dr. Douglas-led Labour Government, i.e., everybody is to be bought for thirty (30) pieces of silver.

The other aspect of the address is the clear exposure of Dr. Douglas’ insincerity.  Everybody knows that the elections were to be held in July of 2009.  Dr. Douglas’ plan was to hastily call an election after gerrymandering the electoral boundaries.  The injunction brought by PAM blew his tires and spoiled his devious, dictatorial designs.  As a result Christmas caught up with Dr. Douglas and apparently there will be no elections until 2010.

If Denzil Douglas had his way in July 2009 there would have been no double salary, no removal or surcharge.  Thanks to the efforts of PAM the people are getting a little relief in December.  PAM has been accused of holding back the elections BUT because of PAM’s actions Douglas was forced to pay a double salary.  It should be clear to all that the quest for democracy can yield financial and non-financial benefits.

Say Thanks To PAM For A Double Salary

Dr. Douglas is proving to be a liar, to be insincere.  At this point Dr. Douglas still has about a 10% increase in salary for the Public Servants.  Everyone knows that the salary increase means more for the hardworking families/public servants.  A double salary is merely a matter of instant gratification; Dr. Douglas aiming for his selfish political gains.  If Dr. Douglas steals her way back into office he will take a salary increase.  It is already on the books as the three merrymen have given the blue print for a salary increase after three years.  Those years have already passed.  In other words while the people are taken care of for December Dr. Douglas is fixing up himself for the next five years.

Everyone welcomes money because there are family needs which are to be met.  They advice to the people is to use the extra money wisely and carefully.  Also the people are to be warned that the money Dr. Douglas is offering to give will have a COST.  The electricity rebate of 2004 must not be forgotten.  The people have since paid multiple times over for the five (5) hundred dollars.  Dr. Douglas has a plan to extract ten (10) times or more what he is given in double salary, etc.

It must be noted that the National Budget is not settled as yet.  However, Dr. Douglas is spending money which has not gone through the budgetary process.  Dr. Douglas has a history of fiscal and financial recklessness.  “National Debt Me Ass” must not be forgotten.

Dr. Douglas is reckless and irresponsible.  A few weeks ago Dr. Douglas was telling the nation that there was no money for a double salary.  International donors will be looking very keenly at the behavior of Dr. Douglas.  Dr. Douglas needs to tell the people of this country if the money is from the Social Security or via more of an overdraft from the National Bank.  The result will be an increase in the national debt.  As much as getting money is good it is better to know from whence it came and what would be the cost.

Already we have been told that there will be no vaccinations available for the H1N1 Swine Flu until March of 2010.  Is this a Government scripted excuse because no money is available?  Will we be able to procure the vaccine when it becomes available?  Large crowds and an influx of visitors during carnival are the ideal conditions for the spread of any flu.

The Chief of Police is on record as being troubled by the lack of resources to fight crime.  Some months ago Finance Minister Harris plainly contradicted Dr. Douglas who told the nation that our finances are in good state.  Dr. Douglas on the one hand tells the nation of the gloomy world financial state but is falsely telling the people that our country is isolated from the present global trauma.  This is gross irresponsibility on the part of Denzil Douglas; this is a valid reason why Dr. Douglas is not suitable to lead this country.

If the people of this country do not want to pay ten (10) times over for the insincere December gifts of Dr. Douglas the way to go will be to start 2010 with the P.A.M.  There can be no doubt that the double salary, etc., which the people will get are the results of PAM’s efforts.  For sure the injunctions are working.

The Prime Minister, who is actually a medical doctor, behaves like the doctor who gives the patient sweeteners, that patient later becoming diabetic.  As said before the people must be warned that “What Sweet In Goat’s Mouth Becomes Sour At Goat’s Rear End!”

Dr. Douglas Is Being Misleading and Insincere