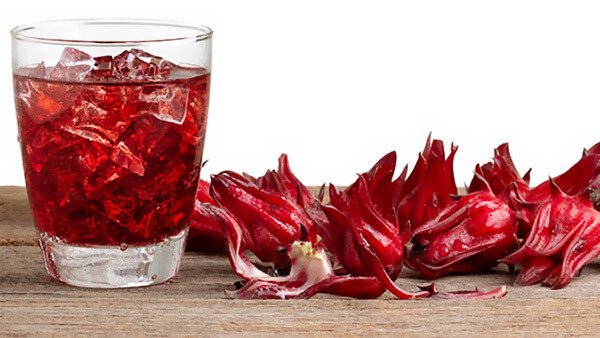 Wash the sorrel and put into a Pyrex jar with the ginger, cloves and zest. Pour over the boiling water and allow to stand for one day or overnight. Strain, sugar and serve with crushed ice.

About The Sorrel Drink

Throughout the Caribbean, the sip of the season comes in a holiday-appropriate shade of ruby red: sorrel.

This sweet, cinnamon-spiced drink gets its festive deep-red shade from the flowers of Roselle, a species of tropical hibiscus plant used to make it. “It has notes of family, warmth, Christmas and of being around people that you love,” says Jamaican chef Suzanne Rousseau, who with her sister, Michelle Rousseau, co-authored the vegetarian cookbook Provisions: The Roots of Caribbean Cooking.(#ad)

Different islands give sorrel their own spin, varying the spices and other ingredients. Some people add ginger ale to the mix. Wine, rum or other alcohols can be used for the optional buzzy kick. The Rousseau sisters take the crimson hibiscus buds and combine them in a saucepan with spices like cinnamon, cloves and ginger, boil the mixture for a few minutes, then steep it for two to three days. Once the mixture is steeped, they add sugar, wine and rum to taste, and chill the blend until the holiday drink is ready to be served.

“It’s not really a cocktail, it’s more like a punch,” Michelle Rousseau says. The sisters say they like to keep sorrel in their fridge year round — the longer it sits, the richer and sweeter it gets.

In the Caribbean, sorrel drink became a Christmastime tradition in part because the Roselle hibiscus plant used to be available only during that time of year, says Michelle Rousseau. These days, however, the plant is cultivated year-round, and sorrel is bottled and sold commercially, she says.

Interestingly, while America has long had its own strong red drink tradition, Miller says the Caribbean Christmastime sorrel has been gaining a foothold in the U.S. since at least the 1930s, when large numbers of Caribbean immigrants began arriving.

Aside from food and drink, sorrel has many other uses. Research recently confirmed what African and Asian people have known for years – that the sorrel plant has many medicinal benefits. Studies conducted by the Northern Caribbean University in Jamaica revealed that sorrel can eradicate certain types of cancer cells.

The sorrel plant contains a wide range of vitamins and minerals including vitamin C, calcium, niacin, riboflavin and a group of compounds called flavonoids. Flavonoids are responsible for the deep red color and are known to act as a powerful antioxidant which eliminates disease-causing free radicals from the body. Scientists also believe that the flavonoids in sorrel may be a useful deterrent against certain types of cancers and help to boost the immune system.

The sorrel plant is also thought to contain anti-hypertensive properties. Traditional healers in some Asian countries and in Latin America have used the Hibiscus, specifically Roselle, as a diuretic, a mild laxative, and as a treatment for some cardiac and nerve diseases.

Where Did Sorrel Come From

Like many popular plants grown in the Caribbean region, sorrel has its origins in West Africa. Known as Roselle, or less by its scientific name ‘Hibiscus sabdariffa’, sorrel is a species of the Hibiscus family. It bears annually, maturing in about six months and growing to about 7–8 ft. There are different types of sorrel grown in the region, however, the deep red fruit of the Roselle is the most common variety found in the Caribbean.