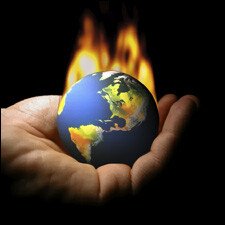 The March 08 and 09 Caribbean Conference on Climate Change and Ethical Principles in St. Kitts and Nevis was hailed a success, and policy makers along with delegates, have vowed to do more to raise the population’s awareness and promote behavioural change on related issues.

“Our level of success was judged by the enthusiasm, the passion and the content of our deliberations and obviously having persons representing Governments at the highest level gives you an indication as to the seriousness we in the Region take climate change and I think so far, given the contents of the draft communiquÃ©, we can judge it a success,” he said. “It is now for us to put whatever we said into practice and to have UNESCO to just meet their end of the bargain in terms of doing what’s necessary to protect our low lying areas against the possible effects of climate change.”

President of UNESCO’s General Conference Dr. Davidson Hepburn praised the zeal of the Ministers in attendance and explained that he had been to many similar meetings and was particularly impressed by the high level of interaction and dedication exhibited by the policymakers and other delegates at this conference.

Minister with responsibility for the Environment in Antigua and Barbuda, Honourable Hilson Baptiste said he was moved by the presentations and intends to take firm action. He noted a subsequent discussion he had with officials from the OECS Secretariat.

“And we have asked them to collaborate with all of the agencies in the area to begin the education process now,” Minister Baptiste stated, adding that primary and even kindergarten level educational institutions should be included. He revealed a desire to see television programmes produced, in addition to regular news articles broadcasted and printed.

“I’ve seen some pictures [during various presentations]. If you see them you will be amazed as to what is happening in the world, or in the Region itself. If you can put those images on television screens to show the people of the entire Region what is happening, I think we will begin to get serious about climate change and the effects on our lives,” Minister Baptiste stressed.

Meanwhile, Honourable Karl Hood, the Minister responsible for the Environment in Grenada stressed that a paradigm shift is needed among research agencies as what he termed “a disproportionate amount is being spent on the consultancy process and not enough spent on the work on the ground.”

“If you have an 80:20 consultancy fee as opposed to what is actually being done, then to me you’re wasting the time. You should have a 20:80, 80 percent being that which is on the ground, which educate persons [and] causes the sharing of information so that the “¦ masses of people will understand what needs to be done to change their behaviour so that we can mitigate against the problems,” he disclosed.

Host Minister Honourable Nigel Carty, who chaired the event, expressed pleasure with the two-day conference and thanked his colleague Ministers and participating delegates for their inputs, as well as UNESCO for collaborating with his Government to bring the high level meeting to St. Kitts and Nevis.

He also extended appreciation to the Chairman of the implementation and steering committee Dr. Leighton Naraine and subcommittee members for organizing the logistics and promotion of the event. The Friedrich-Ebert-Stiftung Foundation received an ovation for its magnanimous support as well as local sponsors Kittitian Hill, C&C Superfoods, PetroCaribe and Windsor University.