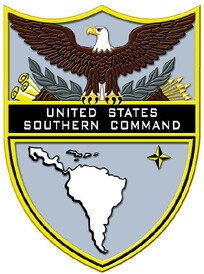 The Ministry of National Security has commended the United States Army Southern Command for its continued assistance in helping the Caribbean and Central American Region prepare to manage disasters.

“At a time when the global community is confronting growing numbers of disaster related challenges, that will require multiagency collaboration “¦ the work of USSOUTHCOM and participating states of FAHUM must be seen as critical to our own survival,” Permanent Secretary Astona Browne said on Wednesday.

“”¦ Whatever form these disasters take, we must be prepared to respond effectively. That is why we welcome the coordinated approach adopted by USSOUTHCOM that complements our own national efforts as we endeavour to strengthen national and regional response mechanisms,” she added.

Mrs. Browne made the statement at the close of the two-day After Action Review workshop for the 2009 Allied Forces Humanitarian Programme (FAHUM). The event saw participants from the 25-member body, evaluate reports from disaster simulations staged earlier this year in Antigua, Grenada, Honduras and Costa Rica.

Scenarios included a tsunami; earthquake caused building collapse and a pandemic which started in South America and spread to Central America and the Caribbean.

“The critical processes and procedures that have been tested during the simulation exercises “¦ have demonstrated once again that the region has the capacity to execute the proper response operations,” Mrs. Browne added. “We must be alert and commit to constantly review and improve our national plans, for it is the only method to strengthen our response and mitigate the challenges that plague us from time to time.”

FAHUM is held annually before the start of the hurricane season. Predictions for the 2009 hurricane season, which begins on June 1, forecast an active season with 12 named storms. Six are predicted to become hurricanes with two intense storms.