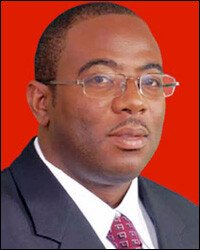 The two unsuccessful Labour Party candidates on Friday lodged petitions in the High Court challenging the return of their People’s Action Movement (PAM) opponents in the January 25th general elections.

Dr. Wilson and Mr. Liburd are petitioning the Court on the grounds that the nominations of the Hon. Shawn K. Richards and the Hon. Eugene Hamilton are invalid, null and void and of no legal effect as both were on Nomination Day, January 15th not qualified and were disqualified to be elected.

Wilson and Liburd are also asking the High Court to issue certificates directing His Excellency the Governor General pursuant to Section 86 of the National Assembly Elections Act that the First Respondents in the separate  matters were on Nomination Day not qualified and were disqualified from being nominated and were not duly elected or returned and that the Petitioners are duly elected and returned candidates and elected Members of the National Assembly for St. Christopher 5 and 8 respectively.

Both state in their petitions they intend to file further affidavits and exhibits in support of their respective petition shortly and/or in accordance with such directions/orders as the Court may direct.