St, Kitts – Nevis Students Taught Water Conservation Tips Basseterre, St. Kitts – Nevis March 24, 2009 (SKNIS) The importance of water was emphasized during Talks in Schools on Monday, which was one of the activities in commemoration of World … 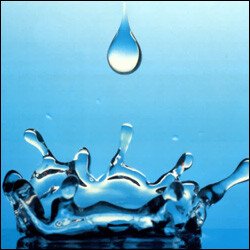 Water…It’s Only As Good As The Last Drop! Basseterre, St. Kitts – Nevis March 19, 2009 The following is a press release from the St. Kitts Water Department The Water Services Department is hosting a week of activities (March 22-29) … 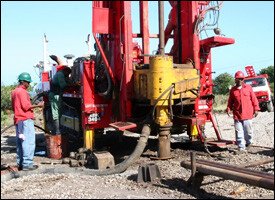 Drilling For Water In Nevis Charlestown, Nevis February 10, 2009 The people of Nevis are enjoying supplies of good quality water, at very good pressures, twenty-four hours a day, seven days a week, all as a result of the on-going … 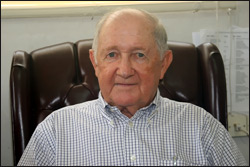 A new high production water well discovered in Maddens by Bedrock Explorations and Drilling (BEAD), was commissioned by the Nevis Water Department last weekend, following the completion of pipe work which linked it to the existing service reservoir at Maddens.

Water Development Engineer at the Nevis Water Department Mr. Brian Kennedy gave the confirmation on June 20, 2008, when he spoke to the Department of Information.

“Last week the well was completed and the pipe work to connect the well to the Maddens existing reservoir was also completed, so the first water that was produced and sent up to the reservoir was done over the weekend.

“The idea is that all of the water will be pumped to the Maddens reservoir and therefore as long as we keep the water topped up in the reservoir the system that’s operating and has been operating for many, many years of serving the entire area from Maddens, Butlers across to Camps, Mount Lilly, Jessups and Four Seasons that arm is taken care of once we keep the reservoir at Maddens full. So that’s what we have been able to do with the new well,” he said. 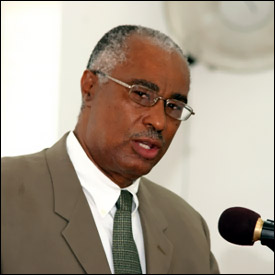 Premier of Nevis Hon. Joseph Parry reassured Nevisians on Monday May 26, 2008, that the water shortages they have been experiencing would be rectified in the next four weeks.

In a televised report on NTV Channel 8, of the Nevis Island Administration’s (NIA) activities for the week of May 19, 2008, Mr. Parry said that Bedrock Exploration and Development Technologies (BEAD) had last week given the NIA the assurance that additional water from a discovered well at Maddens which produced over 300 gallons of water per minute, would be available to consumers early next month.

“We were informed by BEAD the company that’s doing the drilling, that it will take four weeks to have that well connected to the system. That connection will not take place before June 10th.   I would prefer to say before the 17th of June. We have been told that a pump is under construction and supplies have been bought and they should be here no later that June 10th. It will take a week to put other things in place.

“We were also told, there is a well in the Hickmans area which produces 170 gallons of water per day that is down [out of commission]. We sought to get the assistance from the Federal government but their drill is down and so we have spoken to BEAD and we have asked them to cease their operations and to help us with this well. As soon as this new well is done, it will relieve some of the pressure that we are under in terms of water,” he said.