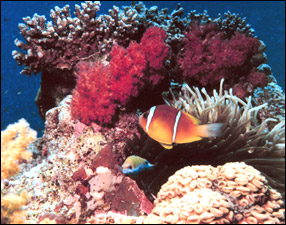 Unusually large waves churned by an Atlantic storm system have littered the beaches of Barbados with broken coral in what could be a sign of damage to reefs across the region, a scientist said Sunday.

The amount of rubble on the island’s west coast suggests the coral took a heavy pounding, said Leo Brewster, director of Barbados’ Coastal Zone Management Unit, who was organizing dives later this week to survey the damage.

“We think it’s going to be pretty extensive,” Brewster said. “I think we’re going to see it across the Caribbean.”

The waves, reaching as high as an estimated 30 feet, lashed coastlines from Guyana to the Dominican Republic last week as a large low-pressure system idled off the northeastern United States.

At their peak on Thursday morning, a buoy north of the U.S. Virgin Islands recorded swells of 15 feet “” the highest since 1991, said Shawn Rossi, a meteorologist with the U.S. National Weather Service in San Juan. Several countries reported flooding in coastal areas.

In Barbados, the white coral washed up in chunks as heavy as seven pounds, generally healthy but with their polyps rubbed away by the rough surf, Brewster said.

Reef-building coral provide a habitat for thousands of marine creatures but have been dying off across the Caribbean due to coastal pollution, overfishing and disease blamed on rising sea temperatures.