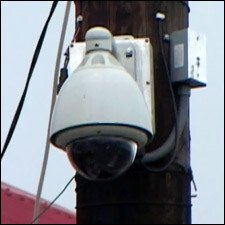 Greater use of forensics, increased mobility and the use of closed circuit television (CCTV) are among key strategies that are being enhanced by the security forces as they seek to arrest current antisocial challenges.

During a radio interview aired on this week’s edition of Perspectives, Inspector Cromwell Henry told SKNIS that the police was concentrating all efforts to ensure public safety, and reduce incidences of crime. He noted that the recent acquisition of three new police vehicles will improve response time in the respective rural communities where they were assigned for use.

Additionally, the Police force is turning more to forensic and ballistic technology to help solve cases and the addition of a comparison microscope will add to this process.

“We have used it (forensics) in the past,” said Inspector Henry, noting that a recent arrest was made in a 2005 murder case based on forensic evidence. “We do not have the capability to do blood forensic such as DNA analysis, and so we “¦ rely on (overseas) based laboratories to get pieces of evidence tested, but we are doing what we can do.”

The three new police vehicles as well as the comparative microscope were purchased by the Ministry of National Security as part of its commitment to enhance the overall operations of the security forces.

The CCTV initiative, which is standard in most developed countries, features surveillance cameras being strategically positioned around the capital, Basseterre, to deter from, and detect antisocial behaviour. The testing phase began just over a month ago with the placement of a camera in McKnight.

“Since the camera was installed in McKnight, we have not had any crimes committed in the avenue where the camera is,” the police official stated, adding that the avenue is a well known hot spot. “We have had crimes in the other areas “¦ so we believe that [the camera] is serving as a deterrent and we will install cameras on the other avenues so that the entire community could be safer.”

A number of cameras have since been mounted in other areas, some obvious, others are slightly less conspicuous. The live video is displayed on monitors viewed around the clock by trained personnel. This allows for police officers to be dispatched in a more timely fashion to address any illegal activity that may occur. The camera feed also facilitates easy identification of a suspect (s) reducing investigation time.

“We are doing all that we can to ensure the Federation remains safe,” said the police inspector. “Citizens going about their lawful business can have a greater sense of comfort knowing that someone is watching their back.”