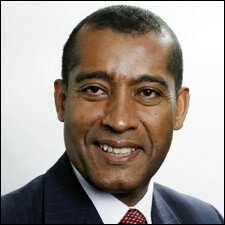 A senior St. Kitts and Nevis diplomat has been appointed as one of the seven Directors of the Justice Studies Center of the Americas (CEJA).

The Permanent Council of the Organization of American States (OAS) in a sitting Wednesday, elected St. Kitts and Nevis’ Permanent Representative to the United Nations His Excellency Delano Bart Q.C.

“Modernization of justice systems in the Americas facilitates efforts to improve democratic structures and lifts the dignity of our peoples, and St. Kitts and Nevis is pleased and proud of the opportunity to serve as an integral part of this process,” said St. Kitts and Nevis Permanent Representative to the Organisation of American States (OAS), His Excellency Dr. Izben Williams.

Ambassador Bart’s election to a three year term takes effect in January 2010 when he replaces the retiring Caribbean Director, Justice Lloyd Ellis of Jamaica.  The Board of Directors, which generally reflects the various legal systems of the Americas, meets at least once a year to exercise their statutory functions.

The CEJA was created by OAS General Assembly Statute in 1999 as a Hemispheric Institution with main objectives:  to facilitate the training of justice sector personnel; to facilitate the exchange of information and other forms of technical cooperation; and to facilitate support for the reform and modernization of justice systems in the region.  The Center is headquartered in Santiago de Chile and all member states of the OAS are members of the Center.