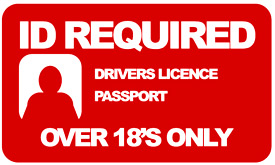 Photo ID Will Be Required For Entry

Government is moving with speed to make it a criminal offence for persons under the age of 18 years to be admitted to night clubs and other entertainment spots.

Attorney General and Minister of Justice and Legal Affairs, the Hon. Patrice Nisbett is seeking parliamentary approval to make it a criminal offence for a person to be permitted to enter any form of adult entertainment if that person is under the age of 18 when the National Assembly gets The Criminal Amendment (Amendment) Bill, 2011 next Thursday.

The draft legislation states that it shall not be a defence to that section for the owner, occupier or licensee of the place or establishment to claim that he did not know that the person admitted to the premises was a person under the age of 18 years.

It requires persons being admitted to show a valid form of picture identification including a Passport, Driver’s License, National Identification Card or Social Security Card.

Two weeks ago Prime Minister Hon. Dr. Denzil L. Douglas promised that legislation will soon go before the St. Kitts and Nevis National Assembly to put the onus on bar and nightclub owners to keep underage children from attending nightclubs after a 15-year-old girl was found dead after attending a function at a nightclub.