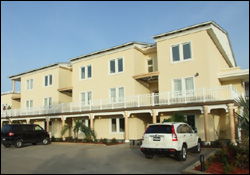 St. Kitts has been benefitting from increased airlift, due to the heavy dependence on the timeshare market.

“The beauty about timeshare is that the vacation is paid for already and the consumer is so happy that he is not prepared to give up his vacation, and that is what is driving occupancy… and from a government perspective, occupancy and economic impact mean everything,” St. Kitts and Nevis’ Minister of Tourism and International Transport, Sen. the Hon. Richard Skerritt.

Minister Skerritt is one of several tourism stakeholders, among 500 delegates from Europe, the US and the Caribbean who attended the three-day 13th Annual Shared Ownership Investment conference, in Miami, Florida.

Mr. Skerritt said that the Caribbean is poised for further growth and development in the timeshare business, one of the fastest growing sectors in the world hospitality trade.

“The Caribbean is the most ideal location for timeshare products and we are ready to do business and to deliver value for the right price,” said Skerritt.

“We see the growth and development in the region as very important and we are excited about it,” he told a forum held under the theme ‘Emerging Opportunities in Latin America and the Caribbean’, at the Peabody Orlando Resort.

According to a study commissioned by the Miami-based Interval International, which provides travel and leisure services particularly in the timeshare subsector, almost 50 percent of the roughly 2,600 US members surveyed, cite the Caribbean as the most preferred international destination to visit over the next two years.

Additionally, Interval’s 2011 Membership Profile study showed that nearly one out of every four (23.2 per cent) of the US resident members interested in acquiring additional vacation time cite a preference to make a purchase at a resort located in the Caribbean. The study was conducted between April and May.

Another panelist, Sergio Torres, the Managing Director of ELV Marketing, said on Tuesday that a number of developers and consumers are showing an interest in the Caribbean, noting that there are huge opportunities for expansion in the region.

“A lot of people want to go to the Caribbean; they like the Caribbean but at this time there is not enough timeshare presence there… so now is the time for the developers to get into the act and come in,” Torres explained.

He argued that heavy presence in the timeshare market in St. Maarten, Aruba, Saba, and St. Kitts should make it a lot easier for the rapid expansion of that sector of the hospitality industry in other Caribbean islands.

Additionally, he said, developers in the Caribbean who have suffered from sluggish sales due to the global recession are now considering converting their businesses to the timeshare market.

“Those developers who are now stuck with their construction… some of which are half-finished and some finished… now is the time to convert them to timeshare and to retool their sales and marketing teams and create a new product,” he urged.

Skerritt stressed that “established brands” and the drafting of appropriate legislation governing the timeshare market will also help to instill confidence in consumers and subsequently drive sales.

“The US consumers are very brand-conscious, especially in the small islands where you don’t have a great track record, so it is very important the brand that you introduce in the mix because it is going to have to drive sales and confidence,” he argued.

“Value and confidence go very closely together,” he stressed.

.Speaking at the opening session on Monday, Davis Gilbert, the executive vice-president, resorts and marketing, Americas at Interval International, noted that the prepaid nature of timeshare will ensure that people will still vacation “no matter what’s going on in the economy”.

“We have weathered the storm; now it’s time to grow,” he told the conference.