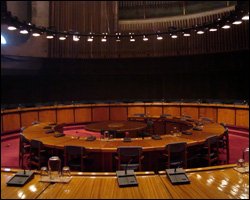 The United Nations Economic Commission for Latin America and the Caribbean (ECLAC) has released a report which vindicates the warnings given by the People’s Action Movement . As the global economic crisis ravaged the entire world the electorate in St. Kitts and Nevis were continually told by government officials that our economy had grown and we had been spared the worst of the crisis.

“For months leading up to the elections we were constantly bombarded with news items and releases as well as statements from the government press secretariat basically stating that  we had dodged a bullet, that we had another surplus, that unlike anywhere else our economy had grown,” said People’s Action Movement MP Hon. Eugene Hamilton. “This report, which comes from an impartial and respected regional and international organization, has clearly shown that our government have been grossly misleading us when we are told by them time and time again that our country is doing well and has weathered the global economic crisis storm ,” Hamilton continued

MP Hamilton further said, “This story coming from this Labour government made no sense to anyone with even a little common sense as residents had to contend with an increasing cost of living while services continued to worsen,”

Local experts have been expressing concern that the government had been giving an inaccurate and misleading  view of the economic state of the Federation.

Prime Minister Douglas in his New Years address was quoted as saying, “we have overcome crisis after crisis and have kept our country on a path of growth and development.”

The ECLAC report has contradicted the statements of Prime Minister Douglas as a negative -8.0% growth was recorded for St.Kitts-Nevis in 2009 which is second to last in CARICOM.

Only Antigua and Barbuda, with a negative growth of -8.5% had a worse economic performance in 2009 than St. Kitts and Nevis. If this is closely examined a startling picture emerges. Antigua suffered a major bank collapse last year as well as the loss of a number of  cruise lines and this among a plethora of other factors, led to their inability to pay salaries in some months. St. Kitts did not suffer such systemic shocks, at least not that the public has been informed, but still Antigua managed to end up only marginally worse off than St. Kitts.

The state of the catastrophic National Debt is public knowledge but this cannot be the only cause of the shockingly poor performance of the economic policies of Dr. Douglas. Just like the collapse of the Bank of Antigua caught everyone by surprise but had to show signs of severe weakness it stands to reason that there is already evidence of similar strain on our own institutions. The Labour government has borrowed significant sums from Social Security and there is also a significant overdraft at National Bank and in a crude campaign bribe paid the first double salary in a decade last December. Now we must wonder where that money came from.

The faÃ§ade is slipping and the emptiness that this government has been camouflaging as economic growth is being exposed. This puts the unprecedented delay of the budget in a new and worrying light.

The United Nations Economic Commission for Latin America and the Caribbean (UNECLAC or ECLAC) was established in 1948 (then as the UN Economic Commission for Latin America, or UNECLA) to encourage economic cooperation among its member states. In 1984, a resolution was passed to include the countries of the Caribbean in the name. It is one of five regional commissions under the administrative direction of United Nations headquarters. The ECLAC has 44 member States and eight non-independent territories in the Caribbean, and reports to the UN Economic and Social Council (ECOSOC). As well as countries in Latin America and the Caribbean, it includes Canada, France, Germany, the Netherlands, Portugal, Spain, Italy, the United Kingdom, the United States, Japan and South Korea.