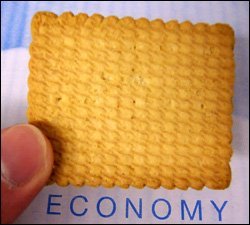 St. Kitts and Nevis is among six Caribbean nations singled out as one of the region’s macro-economic performers.

Freelance writer and former managing editor of Business Facilities magazine, Michelle Janowitz in a column in the Special Advertising Section: Top Caribbean locations: entitled:  “More Than Just Fun in the Sun,” noted the Caribbean’s star economic performers are Trinidad and Tobago, the Bahamas, the Dominican Republic, St. Kitts and Nevis, Jamaica, and Dominica.

While the countries located in the Caribbean vary greatly in terms of population and levels of economic development, they do have some common denominators. For starters, these mostly small island economies are pretty dependent on the United States, the European Union (EU), and increasingly, China and other Asian countries for trade, investment, and economic support.

The Caribbean countries also share the benefits of access to major shipping lanes, being located close to the U.S. market, and a climate that lends itself to the production of various tropical crops and a hearty tourism industry.

On the flipside, however, their location within the hurricane belt makes these countries susceptible to weather-related natural disasters that can greatly affect economic performance due to damage to property, crops, and infrastructure.

He wrote that despite the region’s challenges, its benefits have been attractive enough to secure a substantial amount of foreign direct investment (FDI) over the last two decades. FDI stands as an important source of investment in the Caribbean, averaging over 20 percent of gross fixed capital formation, according to “A Time to Choose: Caribbean Development in the 21st Century,” a report put out by the World Bank. Based on the United Nations Conference on Trade and Development’s FDI Performance Index, the region has been capturing two to three times more FDI than was predicted based on its relative economic activity in the world, excluding the late 1980s. (see figures 3.1, 3.2 and 3.3).

Wendy Fitzwilliam, vice president of business development at e TecK, an agency that assists with economic development efforts in Trinidad and Tobago, cited political stability, pleasant weather, low business costs, an educated and skilled work force, and proximity to the United States as reasons why the Caribbean is so attractive to foreign investors.

“Many places in the world offer what I call the “˜hard incentives’,” she says. “What sets us apart in the Caribbean is what sets us apart as a tourist destination, and that is a very pleasant environment in which to work, vacation, or live.”

In terms of total economic growth, the Caribbean has being faring well. Overall investment rates have been quite high at about 30 percent of GDP since 1990, asserted the report “A Time to Choose.”

The region as a whole experienced a healthy 4.2 percent economic growth in 2007, according to “Caribbean Region: Review of Economic Growth and Development,” a report put out by the U.S. International Trade Commission.

“In the past, many Caribbean economies have been dependent on the production and export of a few agricultural products, primarily sugar and bananas; the creation and export of apparel and light manufactured goods; and tourism. Countries such as Antigua and Barbuda, Aruba, and the Bahamas rely heavily on tourism to support their economies, with the sector representing over 50 percent of their individual GDPs. Many of the Caribbean countries also have developed a strong financial services sector,” the artcle.

“With limited natural resources and sometimes unpredictable tourism trends, many countries in the region view the cultivation of a competitive financial services industry as an avenue toward economic diversification,” stated the U.S. International Trade Commission report.

In Barbados and the Bahamas, banking has figured as a primary revenue source for several years. In some of the smaller Caribbean markets, such as St. Kitts and Nevis, governments are pursuing policies to help them develop that sector.

Many of the countries in the Caribbean are looking to diversify their economies. According to the World Bank report, higher value-added products such as fisheries and organic vegetables look to be promising sectors. Offshore education and information and communication technology-centric activities are also areas of potential growth, especially for English-speaking countries in the Caribbean.

Trinidad and Tobago, whose economic well-being is heavily reliant on its petroleum and natural gas reserves, is taking steps to gain a footing in the information and communication technology (ICT) sector. To that end, Tamana InTech Park, which is scheduled to open in 2009, was created. The park is designed to strengthen local ICT businesses and to attract foreign companies in that industry.

Many experts agree that continued infrastructure improvements, especially in the realm of telecommunications, and regional integration through the CARICOM Single Market Economy are necessary to the future economic health of the Caribbean. Enhancing the skills base of the workforce through education and training programs was also cited as a concern.

Fitzwilliam agreed that the continued development of necessary infrastructure is important to the economic prosperity of the Caribbean, noting that most of the region has been aggressively improving infrastructure to support investment in targeted areas.

She also says the time is nigh for more aggressive marketing tactics to get the word out about the area. “There is a lot available here for investment that no one knows about. We have done a good job in promoting the region as far as tourism over the years “¦ but the Caribbean offers so much more than just fun in the sun.”