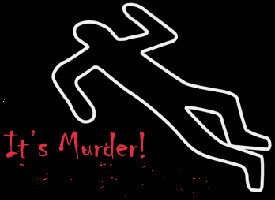 Police on Nevis are investigating the shooting death at Pump Road Stony Grove. Police received the report at approximately 2:55 pm on Friday 8th April 2011 that there was a shooting at Pennyless Tire Repairs at Pump Road, Stony Grove. Police responded immediately and their investigations revealed that  22 year-old Gary Smithen of Browne Hill, Nevis who was employed at Pennyless Tire Repairs was at his workplace when an armed masked man entered the premises and shot him multiple times.

Smithen was transported the Alexandra Hospital where he received emergency medical treatment but soon after he succumbed to his injuries. The crime scene was processed by members of the Criminal Investigations Department on Nevis and a number of items of evidential value were collected and taken into police custody for further analysis. An autopsy will be performed as soon as practicable to determine the exact cause of Smithen’s death. There are no suspects at this time however investigations are ongoing.

A number of post mortem examinations were performed on the morning of Friday 8th April 2011 at the JNF Hospital Mortuary by Forensic Pathologist Dr. Stephen Jones. They are as follows:

1.  On the body of Unique Browne the cause of death was as a result of a traumatic head injury from a beating.

2.  On the body of Bijorn Richardson the cause of death was as a result of gunshot injuries to the neck and chest with hemorrhage and shock and cervical spinal cord injury.

3.  On the body of Laustin Williams the cause of death was as a result of gunshot injuries to the head, chest and abdomen with hemorrhage and shock.

The Royal St. Christopher and Nevis Police have stepped up on their operations to combat the recent upsurge in violent crimes.  There is presently a 24 hours tactical mobile and foot patrol in effect and a number of search operations and vehicular check point stops are conducted weekly. On Wednesday 6th April 2011 between the hours of 5:00 and 8:00 in the morning a number of officers from the Criminal Investigations Department and the Criminal Investigations Unit executed a number of search warrants in the Conaree area in search of firearms, ammunition, controlled drugs and stolen property.

The High Command of the Police wishes to thank the general public for their welcomed assistance.

Investigations are ongoing in all of these matters.