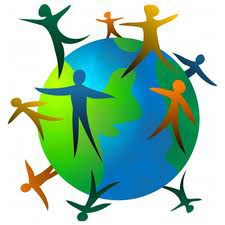 The 2010 Human Rights Report has concluded that independent observers who monitored the January 25th 2010 General Elections in St. Kitts and Nevis concluded that the election had no major irregularities and was generally free and fair, but called for electoral reform.

The Report found that government’s implementation of the Voter Identification Card alleviated past concerns over duplicative voting and fraud related to false identities, respect for the Judiciary, freedom of speech, of the press and internet, no arbitrary arrest and detention, no unlawful arrest and killing, an independent and impartial judiciary and an overcrowded prison.

The Report released on April 8, found that International observers from the Commonwealth, the Caribbean Community, and the Organization of American States (OAS) concluded that the elections were generally free and fair.

The Commonwealth observer team reported that “voters were able to exercise their right to vote in accordance with legal procedures” but found “issues of substance” requiring improvement in the electoral process, including a need to tighten residency requirements for voter registration and lack of broad and transparent consultation in the appointment of election officials and boundary redistribution.

It noted that the OAS electoral mission made similar recommendations and added calls for guaranteed access to the media; mechanisms to recruit, train, and finance female candidates; and greater civil society support for the electoral process.

It noted that for the January 2010 election, the government successfully implemented identity controls for voting, alleviating past concerns over duplicative voting and fraud related to false identities.

“There are no campaign finance regulations or prohibitions on political parties paying for the transportation of overseas nationals to return to the country to vote. Observers remained concerned some voters may be registered in constituencies in which they do not live.

“However, due to regular reports of violent incidents involving police, law enforcement officials came under increased scrutiny, and some citizens were afraid to report crime because of the heavy-handedness with which police have carried out their duties. Corporal punishment is legal and an accepted measure for juveniles in schools and the justice system. A court can order that an accused person receive lashes if found guilty. Authorities brought no charges against the police officers responsible for two police shootings in 2008, determining at the time that the shootings were justifiable,” said the Report.

It reported that the prison built in 1840 with a capacity of 150 prisoners, held more than 270 prisoners and that pretrial detainees were sometimes held together with convicted prisoners.

“There were five female inmates and fewer than 10 juveniles, all separated from adult male prisoners. Prisoners and detainees had reasonable access to visitors, were permitted religious observances, and had reasonable access to complaint mechanisms and the ability to request inquiry into conditions. The government investigated and monitored prison conditions, and the prison staff periodically received training in human rights,” said the Human Rights Report which added: “The government permitted prison visits by independent human rights observers, although no such visits were known to have occurred during the year.

The Report found that the constitution prohibits arbitrary arrest and detention, and the government generally observed these prohibitions.

It found too that senior police officers investigated complaints against members of the police force and when warranted, they refer them to an internal disciplinary tribunal for adjudication; penalties include dismissal, warnings, or other administrative action.

“No information was available as to the number or disposition of cases under consideration during the year. Police may arrest a person based on the suspicion of criminal activity without a warrant. The law requires that persons detained be charged within 48 hours or be released. If charged, a detainee must be brought before a court within 72 hours. There is a functioning system of bail. Family members, attorneys, and clergy were permitted to visit detainees regularly.

Detainees may be held for a maximum of seven days awaiting a bail hearing. Those accused of serious offenses are remanded to custody to await trial, while those accused of minor infractions are released on their own recognizance. The constitution provides for an independent judiciary, and the government generally respected this provision in practice,” said the Human Rights Report.

The 2010 Human Rights Report also found that the constitution provides for a fair, speedy, and public trial, and these requirements generally were observed.

“Defendants have the right to be present and to consult with counsel in a timely manner. There is a presumption of innocence, and defendants may question or confront witnesses. Juries are used at the High Court level for criminal matters only. Free legal assistance was available for indigent defendants in capital cases only. There were no reports of political prisoners or detainees. There is an independent and impartial judiciary for civil matters, including lawsuits regarding alleged civil rights violations,” said the Report.

It said the Constitution provides for freedom of speech and of the press and the government generally respected these rights in practice.

“There were no government restrictions on access to the Internet or reports that the government monitored e-mail or Internet chat rooms. Individuals and groups could engage in the peaceful expression of views via the Internet, including by e-mail,” said the Report, pointing out that according to the International Telecommunication Union, there were 34 Internet users per 100 inhabitants in 2009.