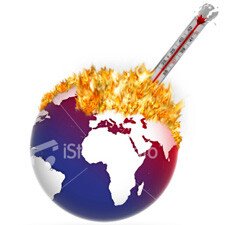 Global Warming In The Caribbean A Cause For Concern

St. Kitts and Nevis has joined Small Island States in the call for an urgent and rapid response to the transfer of technology, robust funding for adaptation and capacity building and most importantly, a discussion and definitive conclusion on the issue of climate change.

“Global warming and its attendant rise in sea levels are phenomena that pose grave and possibly irreversible dangers not only for small island nations like mine, but indeed for all low-lying coastal areas, of which there are many in some of the largest, and most heavily-industrialized non-island states,” said Dr. Douglas.

He told the forum that countries such as St. Kitts and Nevis are not responsible for this crisis.

“As a matter of principle, we are doing our part to reverse these troubling global trajectories. Our forests, comprising some 20 percent of our land mass, have now been declared protected areas; and in my country, our forests absorb more carbon-dioxide than we produce.  In addition, we are now actively involved in the aggressive development of geo-thermal and wind energy capabilities on our islands ““ again, as a matter of principle, to do our part,” said Prime Minister Douglas, who is also Minister of Sustainable Development.

On the wider regional scene, Prime Minister Douglas said governments have been giving this crisis the attention that it deserves.

“The Caribbean Planning for Adaptation to Climate Change Project; the Mainstreaming Adaptation to Climate Change Project; and the Caribbean Community Climate Change Center which has been fully operational since 2004, the mandate of which is to provide a strategic approach to long-term action,” noted Prime Minister Douglas, who was quick to point out that “with sea levels continuing to rise around us, St. Kitts and Nevis urges a 45 percent reduction in CO2 emissions by 2020 relative to 1990, and a 90 percent reduction by 2050. In its recent summit, some of the major G8 emitters expressed their commitment to intensify climate change-related efforts.  We now urge swift, effective, and principled action.”

“We are therefore urging the major emitters of greenhouse gases to make rapid reductions in their greenhouse gas emissions. We reiterate our request for financial and technical support for capacity building and technology transfer in all SIDS and low-lying countries to be able to more effectively confront the challenges of climate change,”

Prime Minister Douglas said he hoped the United Nations will succeed in arriving at an effective plan to overcome the climate change challenge.

“I fear that if we continue to squander our resources and we are reluctant to reverse our behaviour patterns toward the environment – we will irreparably damage our planet.  Let us, together, strive to pool our efforts and resources to combat this threat to our countries and our peoples.  Let us, together unite and with concerted action contribute to a safer cleaner Earth for our children and their children’s children,” said Dr. Douglas.

He said nations like St. Kitts and Nevis “have played no part in the creation of this crisis.  Nonetheless, it is we who have been made to bear a disproportionate share of the global ecological burden.”

“This simply is not right.” said Prime Minister Douglas, pointing out that adaptation strategies, capacity building, and the development and or acquisition of pertinent technologies are, pressing and costly priorities for St. Kitts and Nevis.

Dr. Douglas said it is only just and fair that those countries which, though never intending to,  nonetheless did trigger this global crisis in the process of advancing their own economic growth,  now step forward to meet the cost of the afore-mentioned adaptation strategies, capacity building, and technologies in countries like St. Kitts and Nevis.