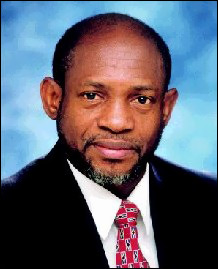 St. Kitts and Nevis Prime Minister Hon. Dr. Denzil L. Douglas has paid tribute to national leaders who played a role in the attainment of independence for the twin-island Federation.

“Messrs Bradshaw, France, and Southwell, national heroes all, started a movement that not only won for us the right to vote. More importantly, their efforts changed the way we saw ourselves – and the way others saw us. And their efforts stirred within us ““ and within the hearts of Caribbean people everywhere – the dream, the desire, and the demand for independence from Britain. And so it was with pride that we saw men like the Rt. Honorable Dr. Sir Alphonse Kennedy Simmonds complete the task that Bradshaw, Southwell and France had begun, when at the stroke of midnight on September 18, 1983, the Union Jack was lowered, our own flag was raised, Sir Kennedy became the first Prime Minister of St. Kitts and Nevis, and we stood at the door of the great unknown – for the first time an independent people – vindicating the centuries-old struggles of our enslaved ancestors like Marcus of the Woods to be truly free,” said Prime Minister Douglas.

Dr. Douglas told the nation that the journey “has been a long journey to this moment, and a difficult one. But it has been a heroic one as well, for we as a people have persevered over these many centuries; and with the help of a merciful God, we”¦..have”¦..triumphed.”

“I say that our journey to this moment has been long, and I assert that we have triumphed because our story stretches back to a time few of us can even imagine. Ours was a journey that began with the extreme horrors of slavery”¦..and the sharp confines of colonialism. But through the assertion of our humanity, ours also became a journey of resistance”¦..and courage”¦..and mobilization”¦..until our own efforts caused our journey to quicken with hope and lighten with possibility. It quickened with the hope presented by Statehood”¦..and it lightened with the possibilities promised by Independence. All because of our efforts; all because of our strivings; all because of our focus”¦and sacrifice”¦and determination. And so, after almost four hundred years on these two islands, here we are. After twenty-five years in control of our own affairs on these islands, here”¦..we”¦..stand!,” he added.

“In many ways, our strivings and accomplishments up until this point can be viewed as Phase One of our evolution as a people. And because for hundreds of years our history had been one of deprivation and exclusion, for much of the twentieth century, almost as a matter of necessity, we were required to focus almost exclusively on the pressing need for material security”¦..for economic advancement”¦..for doors unfairly bolted to be, opened, at last,” said Prime Minister Douglas.