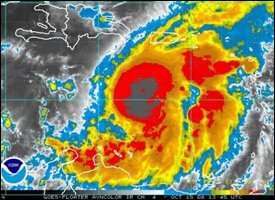 The importance of the National Emergency Management Agency (NEMA) has been highlighted by Prime Minister Hon. Dr. Denzil Douglas.

During his weekly radio programme on Tuesday, Prime Minister Douglas, who as Minister of National Security, has responsibility for NEMA spoke of the institution’s ongoing disaster mitigation programme.

He pointed out that human beings have the tendency to become careless, to take chances, whenever the trauma of a negative experience begins to slip further and further into the past.

Dr. Douglas said it was not the time to take chances. “This is a time for security, and for safety. After the horrific experiences of the hurricanes that battered the federation several years ago, my government, through NEMA, launched an unprecedented and still-ongoing, nation-wide campaign to increase public awareness about the importance of shutters, roof repairs, and other measures,” he said.

“We have initiated a programme of burying underground most utility lines in order to avoid the electricity-related impact of downed lines after a hurricane.  We have established stronger building codes than had ever been in place in the federation before, and, most importantly, we have made certain that they are enforced,” said Prime Minister Douglas, who further pointed out that today, St. Kitts and Nevis is one of the few OECS countries to have adopted the revised and more stringent OECS building code.

“We must all take seriously our responsibility to ensure that shutters, roof repairs, tree trimming, and other measures are taken care of long before a hurricane is racing across the Atlantic. It is through ongoing collaboration between our government and our people that we will protect and uplift this country that we all love,” said Dr. Douglas.