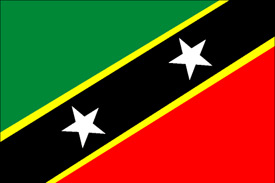 The Electoral Office has taken the next historical step forward by announcing that the distribution of the new National Identification Cards (NID) will commence on July 14.

Additionally, the Supervisor of Elections, Mr. Leroy Benjamin expressed that the overseas confirmation process will begin in August in a number of territories. Specific details will be outlined at a later date in a subsequent press release.

Individuals can collect their new National Identification card over a three month period which will run from July to September of 2008. Registrants who either confirmed or registered during the months of December and January can begin picking up their cards at the Electoral Office as of week 1 which starts on July 14th, or anytime thereafter.

Individuals are also being asked to walk with their receipts that were presented during the time of confirmation/registration so as to speed-up the process.

Persons who requested changes during confirmation will receive their NID card after September 30th, when the confirmation process is completed.

A full public education exercise regarding the National Identification card will also be forthcoming and for further information, persons can contact the Electoral Office at 869-465-2873.