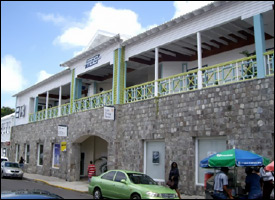 The St. Kitts-Nevis-Anguilla Trading and Development Company (TDC) Group of Companies is reporting a pre-tax profit of EC$15.3 million in 2007, compared to EC$12.3 million the previous year.

TDC is attributing its success to a buoyant St. Kitts and Nevis economy as a result of preparations for the ICC Cricket World Cup and several tourism related projects, the construction industry remained very strong throughout the year. TDC noted that under the St. Kitts-Nevis Labour Party Administration of Prime Minister Hon. Dr. Denzil L. Douglas, the tourism sector continued to experience steady expansion.

TDC also noted that the St. Kitts and Nevis economy also benefited from increased airlift that has resulted in the growth of stay over visitors, while the rapid expansion in the shopping facilities at Port Zante has made the island more attractive to the cruise lines.

“However, we are extremely concerned that the economic gains achieved so far may be reversed by the dramatic increase in the levels of violent crime,” said the TDC Report, calling on the government, civil society and the entire community to redouble their efforts to combat this scourge.

TDC says the company stands ready to actively support and participate in any meaningful initiative that seeks to this problem.