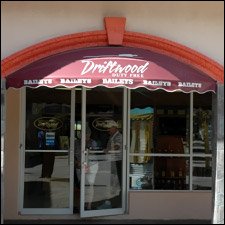 St. Kitts – Nevis is a rapidly developing democratic nation and its honorable government insists that it remain so.

That’s the view of a former resident of St. Kitts, Mr. Vern Covington.

Writing on the St. Kitts-Nevis List in response to Dr. Irving Sweeney, an Advisor and defeated candidate for the PAM party, Mr. Covington said there are many positive developments in St. Kitts.

“Look at the jobs and wages in 1960, and 1970, and every ten-year interval until the present day. The growth was essentially stagnated until 1995 when a virtual explosion of growth started. The Marriott was the igniter for that explosion. First the construction jobs, then guests. In a good hotel, every room generates one job. That job then generates between two and three more tertiary jobs in the support economy. And the Marriott was just the start,” said Mr. Covington, pointing to the many new businesses and homes which did not exist before the Marriott.

He also pointed to the dramatic increase in cruiseship port calls.

“All have been positives that have brought jobs and dollars into St. Kitts. Perhaps some economist in St. Kitts should closely examine the positive growth of the economy over the last 50 years,” said Covington, who worked for several years with the Royal St. Kitts Hotel.

“Just a few years ago there was that bare strip of sand and weeds on the Atlantic Beach, across from the Royal St. Kitts Resort; held hostage for money, money which would be lost should competitors be allowed into the St. Kitts tourism market. But in 1996 (following the election of Denzil Douglas as Prime Minister), that hostage was freed and contraction started. Jobs and real wages followed,” said Mr. Covington.

He told Dr. Sweeney that when he complain of the negatives, which are pretty much limited to the gang warfare issue, he must also recognise and admit to the many, many positives.