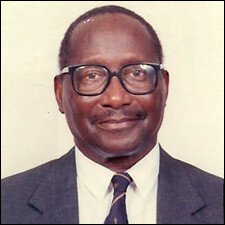 Germany, Dominica, the United Nations, and the Vatican have joined several countries in congratulating St. Kitts and Nevis on the celebration of its 26th Anniversary of Independence.

President of the Federal Republic of Germany, Professor Dr. Horst Kohler in a message to St. Kitts and Nevis’ Governor General, His Excellency Dr. Sir Cuthbert Sebastian said he is of the firm belief that in the years to come, the good and amicable relations between St. Kitts and Nevis and Germany will be further deepened.

Dominica’s President, His Excellency Dr. Nicholas J. O. Liverpool in his message to Governor General Sebastian said the celebration of the 26th Anniversary of Independence “is a time to celebrate lasting friendship between our two countries.”

“Dominica looks forward to our continued cooperation through the sharing of ideas and the strengthening of our commitments to the Commonwealth, Organisation of Eastern Caribbean States (OECS), Caribbean Community (CARICOM) and other regional and international organisations,” said the President of Dominica.

“Our work is crucial across many areas of common concern from peacekeeping and safeguarding human rights  to building a more prosperous, equitable and sustainable world for all,” said the United Nations Secretary General.

Mr. Ban Ki-Moon said the United Nations is uniquely placed to mobilize the collective effort that is needed for success.

“Working closely with Member States and all stakeholders, I am determined to strengthen the Organization so that it can serve more effectively as an agent of peace,” said the UN boss.

He said that from combating climate change to redoubling the efforts to achieve the Millennium Development Goals, “the challenges we face increasingly those of collaboration rather than confrontation.”

Pope Benedict in extending warm greetings and best wishes, gave an assurance of his prayers that all may be strengthened to persevere in the ways of peace, justice and solidarity.