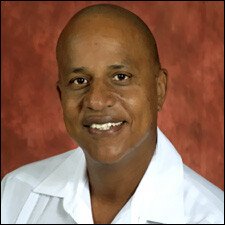 St. Kitts and Nevis’ Prime Minister Hon. Dr. Denzil L. Douglas has extended greetings to the Presidents of Mexico and Chile and the Prime Minister of Belize on their respective independence celebrations.

Extending best wishes to his Belizean counterpart, the Hon. Dean Barrow, Prime Minister Douglas in recognising that country’s 28th Anniversary of Independence hoped that he “will continue to be blessed with God’s guiding hand as you lead your country and pray that you and the people of Belize will be rewarded with progress and prosperity even as adversity presents itself.”

Dr. Douglas told the President of Chile, Her Excellency Michelle Bachelet Jeria, that as she celebrates her country’s 199th Anniversary of Independence, that as she seeks to establish a new modus operandi in order to enhance the lives of your people, “we encourage you to do so, bearing in mind, the democratic views of the populace. We urge you to continue to uphold the principles of good governance and work towards achieving complete social stability.”

In his message to the President of Mexico, His Excellency Felipe de Jesus Calderon Hinojosa, whose country is also celebrating the 199th Anniversary of Independence, Prime Minister Douglas hoped that God grant him the necessary tools to lead this great country and continue to be loyal to the people of Mexico.

He told the Chilean and Mexican Presidents that as they search for new areas for development, he personally wishes them good health and strength to execute the work that will further advance their nation to a vanguard position.