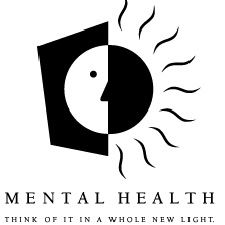 A cross section of youth workers in a number of fields including counsellors, teachers, health care providers, social workers, probation officers and medical students participated in the two-day Symposium.

It was organized in an attempt to pinpoint cause factors and develop interventions to assist youth in dealing with the issues that are affecting them emotionally and mentally.

In his introductory statement to the gathering, Clifford Griffin, officer in the Ministry of Health said an increasing number of children are being referred to the mental health services.  He added that a PAHO/Ministry of health study revealed that, “Over 62% of fourth form students in St. Kitts and Nevis reported symptoms of depression and ten percent reported experiencing symptoms that meet the criteria for severe depression.”

It was further revealed that the students who were most depressed were generally those who also exhibited criminal and violent behavior and those who experienced motherhood as teenagers. In many cases substance abuse was also a factor especially the use of marijuana.

Minister of Health Hon Marcella Liburd told participants that part of the ministry’s strategy would be greater integration of mental health into the primary health care system. Apart from addressing the treatment of the mental illness itself, she said the ministry also had to deal with the negative societal perception of the issue.