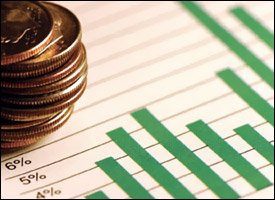 Loss of wealth and a drop in consumer confidence as a result of the global financial crisis are impacting negatively on consumer expenditure and hotels in St Kitts and Nevis are experiencing lower bookings now, compared to this time last year.

But Federal Minister of Finance, Dr. the Hon. Timothy Harris at a Press Conference Monday, ahead of his 2009 Budget Address on December 16th said several tourism related projects have to date not been affected by the global financial crisis and expressed cautious optimism that St. Kitts and Nevis will must maintain its competitive edge in foreign direct investment.

He disclosed that the Federal Government proposes to allocate more funds to tourism marketing and to increase airlifts into the  Federation.

He said that while cruise arrivals still continue to be positive, there has been a noticeable reduction in expenditure by cruise passengers.

“It is important to note that both high end and more economical type hotels are experiencing soft depressed Fall seasons. We can reasonably predict that the 2009 Tourism Season will not yield the same level of stay over tourist arrivals nor would expenditure be equal to that of 2008,” said Minister Harris.

He pointed out that the Four Seasons Hotel on Nevis, which is a huge contributor to tourist arrivals and tourist expenditure, will be out of service for 2009 Winter Season.

“The loss of this is significant not only for Nevis, where Four Season contributes near 70 percent of tourism expenditure but to the entire Federation.  Four Seasons with its 196 hotel rooms was the second largest hotel in the Federation.  Its high end passengers were significant to the meeting of desirable seat occupancy levels with major airlines and contributed in no small way to the profitability of those routes,” said the Federation’s Minister of Finance.

“The reduction in arrivals and lower expenditure can likely lead to, losses in the tourism sector, reduce work week for employees and lower revenues for government given the multiplier impact of tourism expenditure across the economy,” said Minister Harris.

He called on workers to try to attain the highest level of performance and productivity and to be flexible enough to perform other tasks than those to which they were customarily assigned.

“Be flexible in the hours they are willing to work.  Be prudent in their spending.  Be encouraged to save.  In the event of lay offs make arrangements for rescheduling debt with their creditors,” advised the Minister of Finance.

He said that in cushioning the fallout expected, the introduction of a weekly direct service from Gatwick-London by British Airways was positive.

“The addition of new amenities to the tourist offerings of St Kitts and Nevis and Port Zante, the South East Peninsula and the North Eastern area of St Kitts, will enhance the attractiveness of our destination and can induce large expenditures in the tourism sector,” said Minister Harris.

He said several tourism related projects have to date not been affected by the global financial crisis.

“A significant portion of the investment, particularly in the tourism sector, come from the USA. Presently we are expecting major projects such as the 2500-acre Christophe Harbour project on the South East Peninsula to continue.  The recent launch of the World-renowned Fazio Golf Course speaks well of the commitment of the owners to move full steam ahead. The Kittitian Heights project is expected to move ahead in 2009. Marriott Vacation Club International Project is on schedule to start its Phase 2 during the first half of 2009 and other noteworthy investment projects such as the Marine Park Project and Beaumont Park projects continue apace,” said Minister Harris.

He said there was reason for cautious optimism at the Foreign Direct Investment level and “government will make every effort to ensure all investments in productive sector whether from foreigners or locals are facilitated.”

“We must maintain our competitive edge in this area,” said Minister Harris.

He noted that the largest flows of remittances to the Caribbean come from the USA followed by Western Europe and with millions of people joining the unemployment line in the USA; this will affect their ability to take care of themselves and reduces their capability to remit funds abroad to others.

“Fortunately for us, remittances do not constitute a high portion of our national income.  Economic Commission for Latin America and the Caribbean (ECLAC) Economic Survey of the Caribbean (2006-2007) shows remittances were insignificant at 1% of GDP for St. Kitts and Nevis, St. Vincent and the Grenadines and even smaller at 0.5% for St. Lucia.  This is in contrast to countries like Guyana and Jamaica with ratios of 18.8% and 15.4% of GDP respectively,” said Minister Harris, adding: “The impact then for St Kitts and Nevis can be reasonably adduced to be low.”

He noted that the Financial Services Sector constitutes 14.1% of the Federation’s GDP (over period 2002-2006), according to ECLAC.

“The financial turmoil in the USA has had little impact on Caribbean financial institutions.  For us in the OECS this has occurred because of good a regulatory framework; the largest number of foreign banks are Canadian-owned Banks as Canada has been credited with having the best banking practices in the world; the absence of subprime mortgages and sophisticated banking and financial instruments; insignificant interbank lending and most of the investments by banks in St. Kitts and Nevis are within the region.