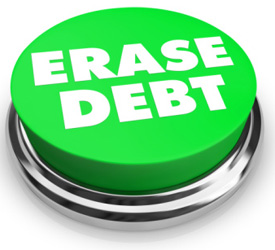 Less than two months after going to the Paris Club seeking support for his Government’s economic transformation efforts through the restructuring of the debts owed by St. Kitts and Nevis to the United Kingdom, Prime Minister the Rt. Hon. Dr. Denzil L. Douglas has been informed that the British Government that his request has been granted.

Confirmation has come from Britain’s Minister of State for International Development, the Rt. Hon. Alan Duncan.

“I am pleased to confirm the full cancellation of all of your Government’s debts to DFID with immediate effect,” said the British minister in a letter to Prime Minister Douglas.

“I note in particular the extremely difficult external environment faced by St. Kitts and Nevis and the impressive efforts made to get public finances back on a secure and sustainable footing,” said Minister Duncan.

In wishing Prime Minister Douglas every success with the reform programme that St. Kitts and Nevis has embarked on, the British Minister of State hoped that the writing off of the debts to the Department of International Development “will help boost the chances of success and help free up resources to help protect the poorest and most vulnerable citizens of St. Kitts and Nevis during this challenging time.”

The approach to the Paris Club late May, was part of the comprehensive debt restructuring program launched by the government in May 2011.