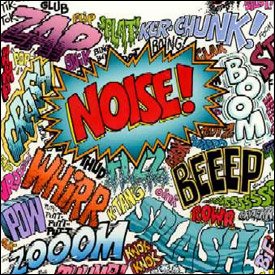 A bill regulating noise in residential areas on St. Kitts is now available for public scrutiny.

The draft legislation was introduced by Prime Minister and Minister of Sustainable Development, Hon. Dr. Denzil L. Douglas, and given its first reading during the November 11th sitting of the St. Kitts and Nevis National Assembly.

The Noise Abatement Bill, 2008, will make provision for the regulation of noise from private premises and public places.

If it becomes law, a person will not be allowed to create noise in a manner that the sound is audible beyond a distance of one hundred meters from the source of the sound and is reasonably capable of causing annoyance to persons in the vicinity.

Where the sound is audible beyond one hundred meters in the vicinity of any school, church, hospital, nursing home, infirmary, dwelling house, hotel or guest house, the sound shall be presumed to cause annoyance to persons in that vicinity.

Clause 6 makes provision for the regulation of noise from a public place. The days and times when noise is allowed from public places are set out in this clause.

“No person shall on public premises sound or play upon any musical instrument, noisy instrument or loud speaker (a) on a Sunday, Monday, Tuesday, Wednesday or Thursday between the hours of 10 P.M. and 6 A.M. of the following morning or (b) on a Friday or Saturday between the hours of 12 midnight and 6 A.M. of the following morning where the sound is audible beyond a distance of one hundred meters from the source of the sound and is reasonably capable of causing annoyance to persons in the vicinity.

Clauses 7 and 8 provide for the issuance of a noise permit by the Commissioner of Police and for the application for a permit. The Commissioner’s decision to grant or not to grant the permit is final and binding, in other words it cannot be appealed.

The Noise Abatement Bill, 2008 does not apply to body, organisation or person specified in the First Schedule, which lists all religious organisations registered in St. Kitts and all educational institutions.