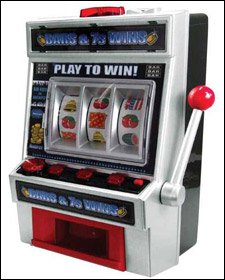 The St. Kitts and Nevis National Assembly has approved a resolution guaranteeing an EC$20 million Treasury Bills issue on the Eastern Caribbean Securities Exchange (ECSE) by the Nevis Island Administration of Premier the Hon. Joseph Parry.

“The impact upon the Federal Debt is that it will basically not increase the overall debt level, because the Nevis Island Administration’s Treasury Bills portfolio is already included in the total public debt,” Minister Harris told Parliament.

He said that the debt is a contingent liability of the Federal Government and the resolution was brought to the lawmaking body in accordance with the Finance Administration Act of 2007.

“Placing Treasury Bills on the Regional Governments Securities Market ensures the availability of a larger market within the OECS, CARICOM and internationally, as opposed to just accessing local investors whom in principle are the holders of the Government Treasury Bills. When you go on the Stock market, the buyers can come from anywhere or from any source in the region,” said the Federal Minister of Finance.

Deputy Speaker and Parliamentary Representative for Nevis 11, Hon. Patrice Nisbett said the NIA has demonstrated its ability to pay its bills and is the primary institution responsible for repayment.

“We believe as has been demonstrated in the past, that we will have the capacity to ensure that those who would have subscribed to the Treasury Bills, the NIA will in time satisfy its obligations,” said Nisbett, who is also the Deputy Speaker in the lawmaking body.

“I would like to go on the record that this Parliament on the 11th day of November 2008, did in fact unanimously I anticipate resolve that this EC$20 million issue of Treasury Bonds on the Securities Exchange that that be guaranteed,” said Leader of the Opposition, Hon. Mark Brantley.

In supporting the resolution, Mr. Brantley expressed pride “in joining my colleague on this side of the House, in saying to the Federal Government, that it is a good thing they have done and that perhaps, it demonstrates what can be achieved if St. Kitts and Nevis were to work harder in my view at this type of cooperation.”

“I would like to associate myself with it and to support it and most of all to be able to say that on this day, we were able from this Parliament to give the necessary approval to the Minister of Finance guaranteeing this particular debt for the Nevis Island Administration and my good friend, the Hon. Joseph Parry,” said Mr. Brantley.