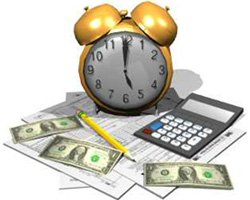 Persons owing the Federal Government of St. Kitts and Nevis have until the end of September to settle all outstanding debts.

Minister of Finance, Dr. the Hon. Timothy Harris said government was implementing a tax amnesty from April 1st to September 30th as outlined in the 2009 Budget Address presented last December.

He said Government is directing this worthy initiative to all delinquent taxpayers, whether they are already registered or are unregistered at this time. “This means that if you are registered and have an outstanding balance, be it full or partial, on any of the aforementioned taxes, then this amnesty is being extended to you,” said Dr. Harris in the St. Kitts and Nevis National Assembly.

He said it also includes those who are registered with the Inland Revenue Department, but who did not report some aspect of their obligation.

“Equally, it is for potential taxpayers who have never registered at all with the Inland Revenue Department, but who have engaged in and continue to be engaged in activities which are taxable,” said the Minister of Finance.

Pointing to the methodology that is being adopted, he said Government is offering taxpayers with arrears, the opportunity to pay off their taxes without interest and any penalties.

“As Members of the National Assembly, may well imagine there are cases where the interest and penalty are more than the actual taxes due,” said Minister Harris.

He disclosed that the amnesty will bring significant relief to some tax payers.

Taxpayers, wanting to take advantage of this limited time offer, can visit the Inland Revenue Department, situated upstairs of the Post Office, on the Bay Road, to verify their tax balances.

Information can be obtained on Mondays through Fridays, not being public holidays, between the hours of 8.00 a.m. and 4.00 p.m. Accounts may be settled by cash or valid cheques, but taxpayers, who have previously written “Dishonoured” cheques to the Inland Revenue Department, are expected to pay with Managers’ Cheques issued by any of the local banks.

Taxpayers living abroad are also been encouraged to submit their requests, in writing, to the Inland Revenue Department, in order to be considered under the amnesty programme.

Alternatively, overseas based taxpayers can authorize a representative, who is residing in the Federation, to act on their behalf.

“Government is of the profound view that this amnesty is a good idea for all taxpayers, as it provides those in arrears with significant savings by means of eliminating the payment of interest and penalties.  It will also bring to the fore and legitimise those individuals and entities that can be classified as tax delinquents and evaders.  It certainly will go a long way in ensuring a balanced playing field, as well as a widening of the tax net, which over time will yield improved revenue intake and thereby reduce the likelihood of tax increases,” Dr. Harris told the National Assembly.

He said that the granting of a tax amnesty is a gesture of goodwill on the part of Government that will lighten the burden of taxpayers in arrears, and one that will give non-compliers the unforced opportunity to operate as required under the law.

He encouraged all affected parties to take advantage of this one-time tax initiative amnesty.

“Doing so will remove the need for the aggressive enforcement of recovery procedures as prescribed in the Tax Administration and Procedures Act of 2003.  This will lead to a more harmonious atmosphere of tax relationships, between taxpayers and the Inland Revenue Department, through co-operative compliance mechanisms,” said Dr. Harris.