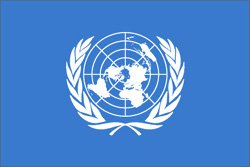 “Eradication of Colonialism Nearing Its End”

St. Kitts and Nevis is the venue for annual regional seminar of the United Nations Special Committee on Decolonisation. The seminar will be held here from May 12 to 14.

According to Special Committee Chairperson Marty Natalegawa (Indonesia), the Committee would send an official delegation representing Indonesia, Cuba, Sierra Leone and Syria — four Member States currently holding positions on the Bureau. In addition, Bolivia was endorsed by the Latin American and Caribbean Group as its regional representative, and the Russian Federation as the representative of the Eastern European Group.

Consultations were still ongoing among the Asian Group and African Group on who their representatives would be, he said.

As in previous years, Mr. Natalegawa explained, three experts and three representatives of non-governmental organisations were slated to speak at the seminar, whose participation was approved Monday morning. They would include, among others, specialists on decolonisation in the Caribbean, as well as representatives of organisations active in constitutional public education, referendum issues and mediation.

The representative of Chile, while he did not voice objection to the list of experts and organisations, stressed that the choice of individuals should reflect the need for new ideas and approaches, especially with the Second International Decade for the Eradication of Colonialism nearing its end — to which Mr. Natalegawa agreed.

Guidelines for the rules of procedure of the seminar were contained in document A/AC.109/2009/17, he added.

Under other matters, Mr. Natalegawa informed Member States that he had requested the Secretariat to consider the possibility of “updating” the schedule of the Special Committee’s substantive session in June, while being mindful of other United Nations meetings and conferences occurring at the same time.

The Committee intended to use “all available time” for informal consultations on its draft resolutions, including an omnibus resolution covering 11 Non-Self-Governing Territories, he said.