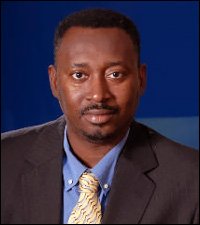 The Labour Government can’t keep the lights on. Just this week, power went off again in different parts of St. Kitts for hours at a time. The broken electricity situation not only inconveniences people, but, it also hurts our economic competitiveness. Businesses don’t want to invest in countries that have problems delivering such a basic service as electricity.

“It’s embarrassing that the Labour Government can’t keep the lights on,” said PAM Candidate for Change and trained engineer Bernard Welsh. “There needs to be a comprehensive, top to bottom evaluation of our electrical infrastructure. The problems need to be identified, proioritised and work needs to begin to fix our system.”

Welsh continued, “We’re receiving reports that the Labour Government knows of major technical problems with the prototype Mireless generator. Reports indicate that it has broken down once more since a few days ago. They have failed to announce to the people that load shedding has been implemented so they could plan accordingly. That’s irresponsible. We need a new Government that is open and honest with the people of the Federation.”

Other islands in the region – including Nevis – have reliable sources of electricity leaving St. Kitts at a disadvantage.

In reaction to the broken electricity system, the Labour Government is slowly moving forward with an ill conceived government-owned ‘corporatisation’ scheme.

“Government owned ‘corporatisation’ is tantamount to reorganising the deck chairs on the Titanic,” said PAM Parliamentarian Shawn Richards. “Corporatisation doesn’t address the real problem. We need action now to keep the lights on. The Labour Government needs to evaluate the technological infrastructure, identify critical problems and take steps to fix those problems.”

Richards continued, “Once again, the Labour Government is out of touch with what the people need. We can’t wait until mid-2010. We need action now. We need a plan in place to deliver functioning and reliable electrical infrastructure to the people now.”