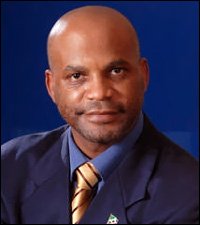 “The winds of change are blowing across the eastern Caribbean,” declared Grant. “I congratulate Chief Minister-elect Reuben Meade and the Movement for Change and Prosperity on their stunning electoral victory.”

“Like our brothers and sisters in Montserrat, Kittitians and Nevisians are tired of the failures of the sitting government and they are hungry for change,” said Grant. “The PAM Team for Change is ready to govern again. We’re ready to take action to address the crime and murder crisis in the Federation. We’re ready to bring back respect for the Constitution and the rule of law. And, we’re ready to root out the waste, fraud and abuse that have been the hallmark of the Denzil Douglas administration.”

Grant concluded, “The people are ready for elections and we are ready to govern again!”