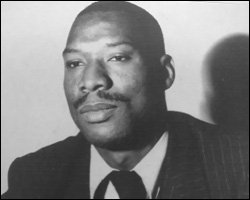 St. Kitts and Nevis’ Nevis‘ Prime Minister Hon. Dr. Denzil L. Douglas wholeheartedly agrees with a comment by Observer Senior Reporter Mr. Lesroy Williams that with the disclosure that hundreds of acres of land have been allocated to locals ion 1995 and accelerated with the end of the sugar industry in 2005, “the spirit of (National Hero Sir) Robert Bradshaw is visiting us.”

“He (Bradshaw) definitely is alive. His (Bradshaw) spirit is alive,” Prime Minister Douglas responded quickly but denied that present allocation of land was an election strategy in an election year.

He pointed out that over 2,500 homes built by his government were constructed on land that now belongs to the families and hundreds of acres of land have also been distributed to churches, and to farmers for livestock, fruit and crop production, to private residents for home construction and for starting new businesses.

“The Special Land Distribution Initiative programme was launched all the way back in 2007, but let me also say very carefully and quickly that when we took the decision to empower hundreds of people who had been living on village lands in 1995, we felt strongly that it was their right, that they had already owned the land.. that was back in 1995 after an election, not before,” said Dr. Douglas.

He noted that when Sir Robert L. Bradshaw through legislation acquired the sugar estate lands in 1973 in the face of opposition by the planters, the planter class and the People’s Action Movement (PAM), and then the sugar factory in 1975, the “lands were acquired to ensure that the sugar industry would survived.”

“Of course, the distribution of land then was very limited because the main aim was to acquire the lands. He (Bradshaw) felt that the planters were using the lands and the sugar industry politically against him and were allowing the industry to run down. You had the rattooning of cane for 15 years, which meant that the yield was almost nothing and so there was the survivability of the industry in Premier Bradshaw’s mind in those days.”

“When we took office, the land issue still embodied with the sugar industry. In 1995, we tried everything to revive the sugar industry. We were told by a World Bank Report that if we were to bring the production of sugar up to 30,000 tons of sugar per year, you can break even in the industry. We achieved that in 1996 but after that we went downhill,” said Dr. Douglas, who pointed out that with two hurricanes in 1995, hurricanes again later and the dramatic drop in the price of sugar on the world market and the World Trade Organisation began its relentless attack of preferential treatment of sugar and so we concluded that the sugar industry could not survive.